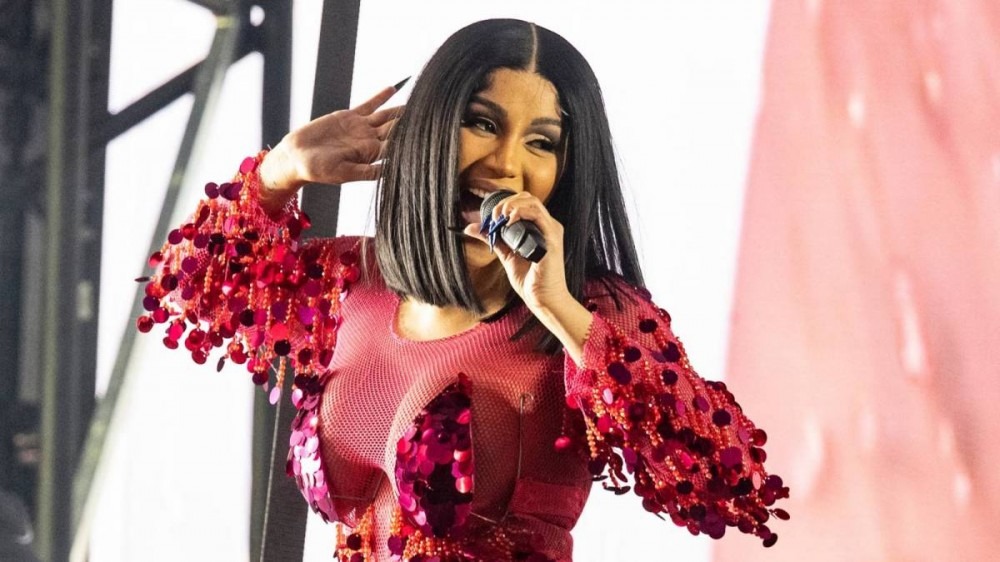 Cardi B revealed a close up of her first face tattoo during a Instagram Live session on Saturday (September 10), which is apparently the name of her son Wave.

Located on the side of her face, the light red-colored ink spells out Wave in cursive. The other new tattoo is the name of her first child, Kulture, which is also written in script on her arm but in a darker shade. The Grammy Award-winning rapper teased the ink last month but didn’t reveal the final product until now.

“You want me to be ugly so bad, but I’m not,” she said. “And this without a filter, bitch […] I tatted my son’s name because I love him. And I tatted my daughter’s name.”

@iamcardib shows off her tattoo of her son's name and her daughter's name on IG live 🤗😎 pic.twitter.com/m3FXTIEeHv

Cardi B — who already has numerous tattoos — hinted the face ink was imminent with a pair of tweets in January. She wrote at the time, “Random but…. I’m 1% close too tatting my sons name on my face. I really really wanna do it!”

Tattoo artist Robinson De Los Santos shared video of himself inking Cardi newest piece on August 14 along with another photo of the mother of two posing for a picture with him. The tattoo was visible but not legible.

The 29-year-old rapper joins the constantly evolving roster of artists with face ink, including Post Malone and Drake. The OVO boss got a tattoo of his mother’s initials under his left eye in August. Drake later confirmed the initials were for his mother, Sandra Graham, in an Instagram post.

As for Post Malone, he sports multiple face tattoos but has a different reason for getting them. As he told GQ in 2020: “I’m a ugly-ass motherfucker. It does maybe come from a place of insecurity, to where I don’t like how I look, so I’m going to put something cool on there so I can look at myself and say, ‘You look cool, kid,’ and have a modicum of self-confidence, when it comes to my appearance.”