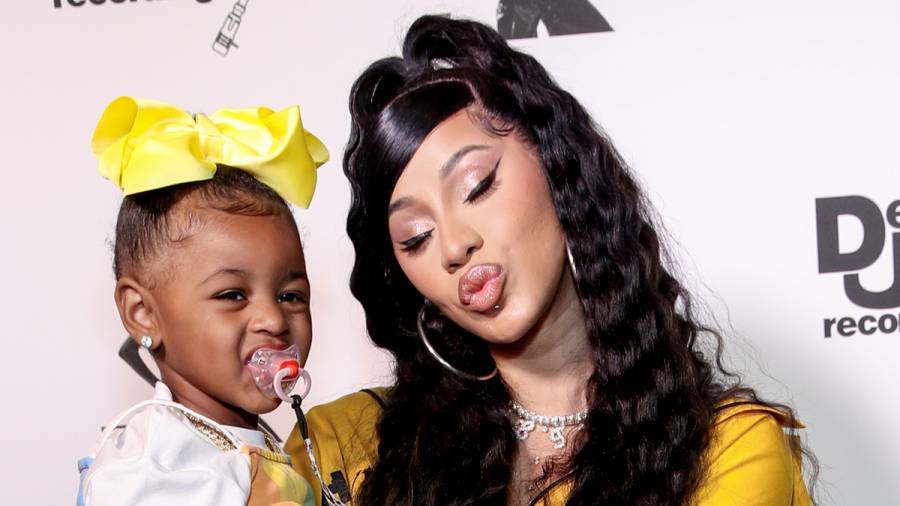 Cardi B is enjoying motherhood, but she’s not happy about having to censor herself around her child. The multi-platinum selling rapper complained about her daughter Kulture chastising her for cursing in a Twitter post on Tuesday (October 6).

Cardi’s struggles with censorship go beyond her personal life. When it comes to her career, she’s also admitted she has a tough time keeping her lyrics clean.

One such example is her guest appearance on the K-pop group BLACKPINK’s new single “Bet You Wanna.” After the collaboration was released on October 2, Cardi tweeted about wanting her verse to be more explicit.

“[It’s] really hard for me to do a verse with no curse words and PG,” she explained via Twitter. “I really wanted to say “ I bet if you get me WET I’ll still be on fire.”

The Atlantic Records artist also had a tough time making a clean version of her raunchy hit “WAP.” During an appearance on Australia’s Kyle and Jackie O Show, she recalled her disdain for having to switch the hook’s “wet-ass pussy” lyrics to “wet and gushy” on the edited rendition.

“Wet and gushy – ugh, I don’t even like saying it,” she said. “I would have had to replace it with, ‘Now from the top, make it drop, bounce that big ol’ booty,’ because that was the only thing that rhymed. It was really hard for me to clean this song up because nobody could convince me to keep ‘gushy’ because I hate the word ‘gushy.'”