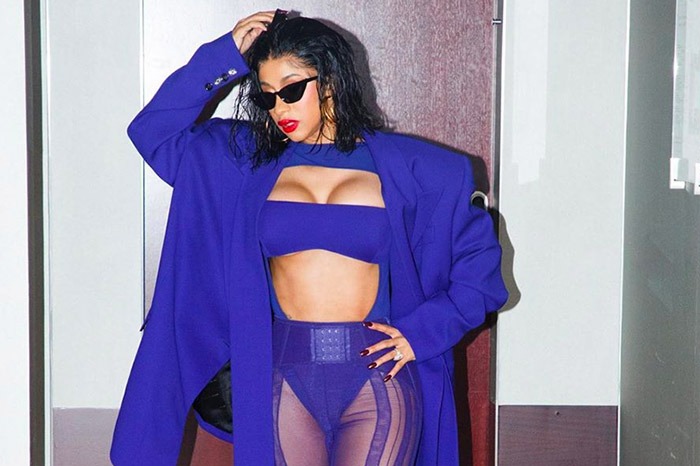 The wait for new Cardi B music may soon be over.

The rapper has announced that she plans to drop the long-awaited single off her sophomore album in the very near future. During her Instagram Live on Friday, Cardi told fans to expect the lead track soon.

“My single’s coming when I lose weight…never!” she joked before adding, “No, it’s coming real soon, I swear. Y’all gon’ love it.”

.@iamcardib confirms on IG live that her new single will be coming VERY soon 👀

“How soon? Very. I don’t want to give too much information because my fans be watching but also the haters too.”

She also confirmed that “Respect” will NOT be her lead single! pic.twitter.com/wMHree2o1m

When fans asked how soon, she responded, “Very. I don’t want to give too much information because my fans be watching but also the haters too.”

The song has been a long time coming and was reportedly delayed due to a protracted renegotiation with her label Atlantic Records, but it appears that she has reached a resolution.

Cardi has not released any solo music since “Press” in May 2019, but she has teased the long-awaited follow-up to her 2018 debut Invasion of Privacy.

Earlier this year, she shared snippets of new music, including one Wheezy-produced track that fans have been calling “Respect.” In March, she said that her single was being put on hold due to the coronavirus pandemic.

Speaking with Vogue last year, she opened up about the pressure surrounding the highly-anticipated project. “So it’s scary because it’s like, now you got to top your first album, and then it’s like, damn. I wonder if people are gonna relate to the new things, to the new life, to the new shit that I gotta talk about now,” she told the magazine.

The album follows Invasion of Privacy, which won a Grammy for Best Rap Album and became the longest-charting debut album from a female rapper in Billboard history.