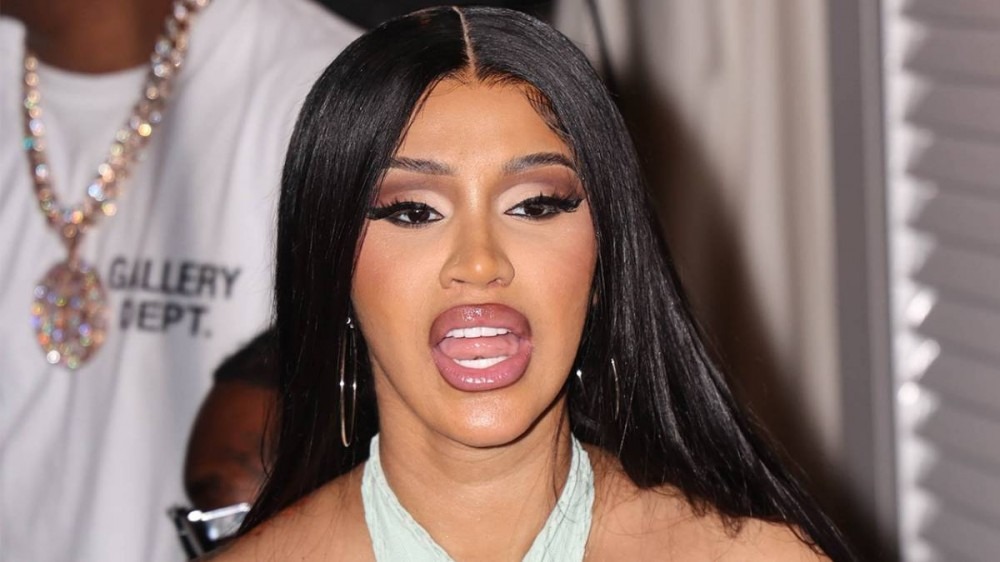 Cardi B has responded to an alleged death threat she received online after hours of going back and forth with someone she referred to as a “Stan on Twitter.”

On Wednesday (August 24), the Grammy Award-winning rapper engaged in a war of words with a person calling themselves a “Nicki Minaj Connoisseur.” They claimed Cardi still owed money to two bartenders who sued the rap star over a strip club bar fight in 2018.

Cardi replied, “Why you lying on me and those girls for. I have an open case EVERYTHING IS PUBLIC offering money will not benefit me and actually get me in real trouble you making up anything cause you decided to come for me after coming out of jail for stealing 3k worth of clothes.”

The person, whose Twitter handle is @SleezeMaraj (another nod to Nicki), fired back, “LMAOO now you KNOW you offered them girls the money.”

Cardi B responded, “She never steal from me, she don’t have to…you don’t know her your girl knows her and your girl was running up tea on you wit that new job you had last year trying bait my girl to give her tea about me by spilling your shit.. MY GIRL WASN’T GOING!”

She never steal from me,she don’t have too …you don’t know her your girl knows her and your girl was running up tea on you wit that new job you had last year trying bait my girl to give her tea about me by spilling your shit ..MY GIRL WASNT GOING ! https://t.co/etkFGAkNA7

Cardi B also defended her husband Offset who’s suing the Quality Control label over rights to his solo work. When the person brought up the Migos rapper’s criminal history, Cardi wrote, “Ouuuuuu my man got a couple weed charges and gun charges cause he ain’t no Pussy and was a hustler …rather dick slinging then taking Pussy from bitches ….you bringing my nikka up trying to get me mad …LETS NOT TALK ABOUT HUSBANDS NOW.”

She continued, “Who husband I’m bringing up ? I mention names? ..The beef is between me and you yet you brought up my husband , your friend, T Styles. two girls I got a case wit soo wats your point…Sanctions ? You threatening me ? Who gone touch me boo ?”

But things took a more serious turn when Cardi B tweeted and deleted allegations of a death threat.

“A nikka putting a threat on my head ?” Cardi B questioned. “Lmmmaaaaoooooo I gotta laugh ! I’m comfortable in my city ,LA,down south to where ever the f### I go! nikka gonna have to shoot me and kill me … Like WHEN YOU SEE ME WHAT NIKKA ? It’s all fun and games till nikka start makin then threats.”

Cardi and the person have since stopped arguing, but the 29-year-old is confident they only instigated the fight in hopes of going viral. She ended her tirade with a meme of Wendy Williams with the caption: “Thanks for watching.”