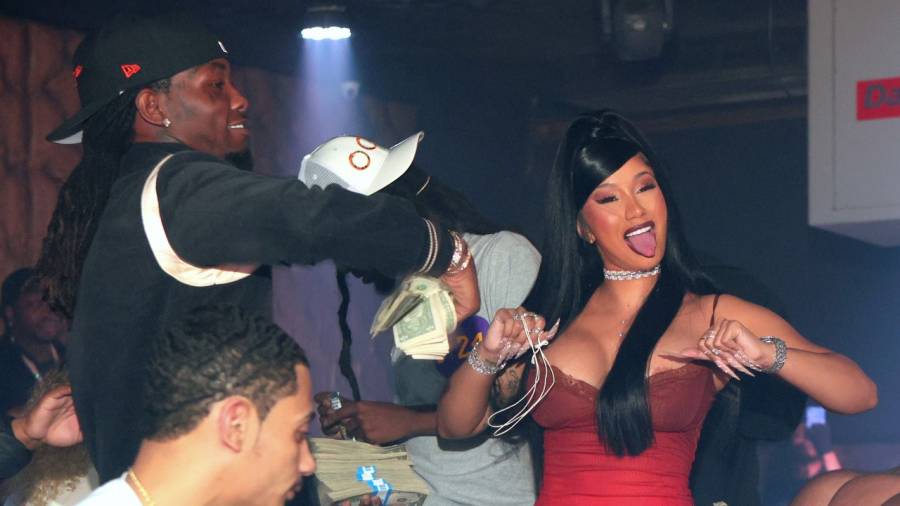 It looks like there’s a star in the making in Offset’s family. King Kody is Offset’s six-year-old son who is looking to walk in the same footsteps as his dad to become a superstar rapper. The first step in him doing that is to start recording some songs, and Kody is way ahead of the curve on that end.

On Monday (August 9), Offset shared a video of his son turning up to his brand new record, “Lamb Truck.” Kody starts dancing with the family pitbull in the clip as the record plays in the background.

Kody wastes no time rapping about spending his money and stacking it back up just like his dad would on a song. The song is a hit with some people, such as Quavo and Rich the Kid, who approved the song with laughing and fire emojis.

Cardi B admitted she couldn’t stop rapping along to the record, saying, “This song is getting stuck to my head.”

Offset shared clips of his son rapping in the past with videos of him actually rapping into a microphone in May last year and while riding his toy ATV in September. Fans have been seriously taking note of the young star in the making, giving positive reviews on his flow and more.

Offset recently teamed up with HBO Max for The Hype, which is going to give 10 amateur sneaker designers the chance to win $150,000 and a collaboration with StockX.

The competition series will premiere on August 12 with an eight-episode first season. Joining Offset are celebrity guests including his wife Cardi B, Wiz Khalifa, A$AP Ferg, Dapper Dan and more. Complex‘s Speedy Morman has also been tapped to play host for The Hype.