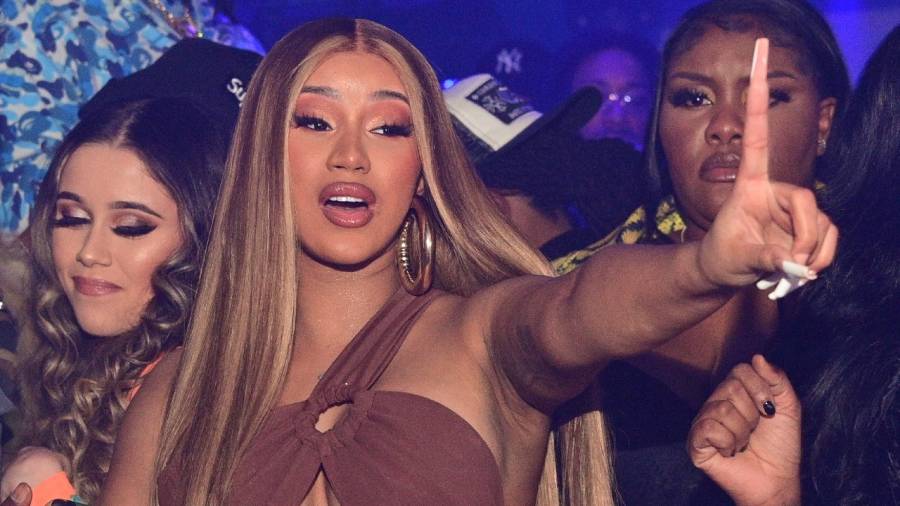 New York, NY – Cardi B looks like she’s fighting back against the prosecutors in her ongoing court case from a strip club brawl in 2018 in Flushing, Queens. According to a report by CBS New York published on Monday (October 18), Cardi B is due back in court next week for a hearing.

The Hip Hop superstar was offered a guilty plea deal to third-degree assault, but turned down the offer in exchange for a conditional discharge. Cardi’s charges include reckless endangerment and assault for her alleged involvement at the Flushing strip club in 2018. If she is found guilty, the “Up” rapper may face four years in prison.

According to reports, Cardi B allegedly threw bottles at two bartenders inside Angels Strip Club in Queens who were extra friendly with her husband Offset. Jade, one of the bartenders and Tekashi 6ix9ine’s girlfriend, claimed Cardi B ordered associates to rough up her and her sister at the club they worked at in New York City.

The supposed beef between the two women doesn’t seem to be dying down either. Cardi B allegedly shared a social media post claiming Jade is lying about the whole ordeal, which led the bartender to respond in her Instagram Story.

“A LIE,” Jade wrote in her IG Story. “DONT PUT WORDS IN MY MOUTH ! Everybody knows the truth including your husband . LET’S NOT TAKE IT THERE. DONT RETWEET ANYTHING ABOUT ME OR A CASE THATS FAR FROM OVER !”

Cardi B turned down another plea deal on this case back in 2019. According to TMZ, she rejected the prosecutors’ deal, which included pleading guilty to a misdemeanor with a conditional discharge.

Fans will be tuning in to see what’s in store for Cardi’s future when her hearing is held next Monday in Queens Criminal Court. Four years in prison would be tough on Cardi B’s career. She’s still working on her second studio album and recently gave birth to her second child with Offset last month.