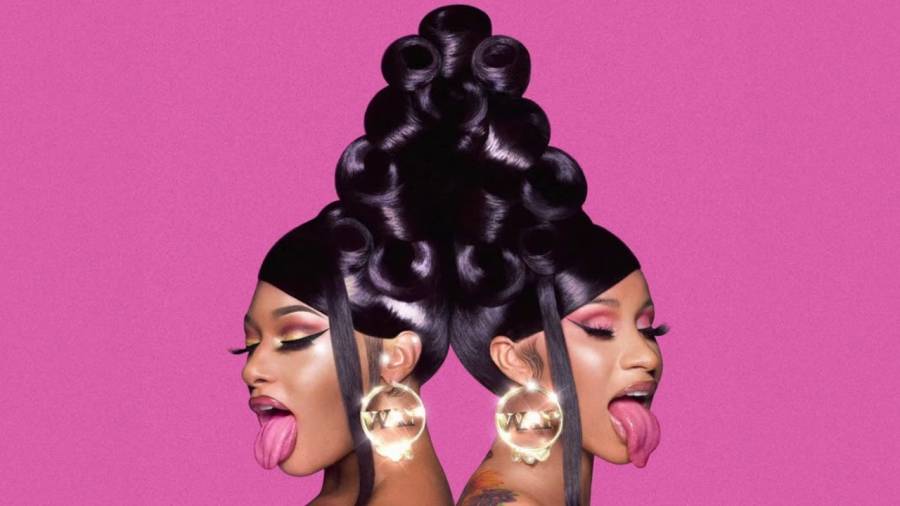 Megan Thee Stallion would have had an eight-legged critter on her head if Cardi B had her way in the “WAP” video.

Bardi and “WAP” video director Collin Tilley revealed some fun facts about the shoot in a new episode of Vevo Footnotes, released on Thursday (October 29). Among them was the former’s desire to put a spider on her collaborator.

Elsewhere in the clip, Cardi revealed she actually sent the record to another woman in music for the hook but it didn’t come out right.

“I just had like an original hook to ‘WAP’ and I didn’t really like it,” she explained. “I sent it to some female artists to see if they could do the hook, they couldn’t really do it and I started playing around again with the hook and was like, ‘You know what? I’m just going to keep it like that.’

She also added she had intentions of making it slightly less x-rated … but she just couldn’t think of an alternative.

The song has since been certified platinum and topped the Billboard 200, so it’s safe to say Cardi made the right choice.

Watch the full segment up top.