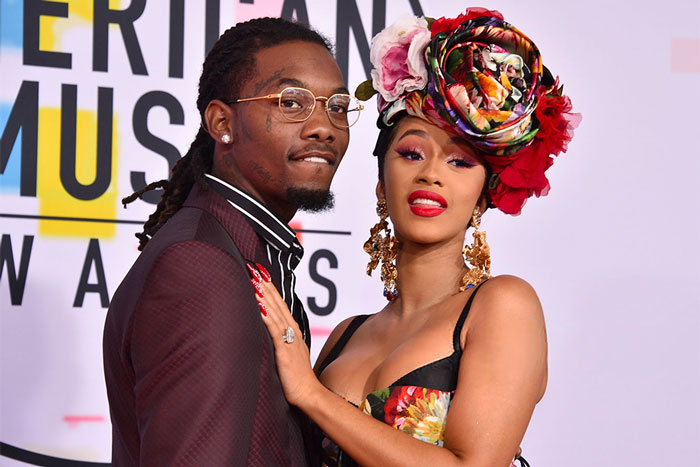 Cardi B is breaking her silence about her divorce from Offset.

Taking to Instagram Live on Friday, the “WAP” rapper addressed fans for the first time since filing divorce papers on Tuesday. After thanking fans for their support, she said that she has “not shed one tear” over their separation and revealed that the divorce was not a result of Offset’s cheating.

“Every single time that this guy has done something so crazy, so fu**ed up and it hits the media, I’m always crying, I’m always stressed out, I’m sad because I don’t like that type of shit,” said Cardi. “This time, I wasn’t crying. You want to know why? The reason for my divorce is not because of none of that shit that ever happened before. It’s not ’cause of cheating.”

There were rumors that Offset was expecting a baby with another woman, which Cardi denied. “I’m seeing people be like, ‘Oh, he has a baby on the way.’ That’s a whole fu**ing complete lie. That’s the second time people are trying to pin babies over here. No, that’s bullshit.”

The couple briefly separated in 2018 over Offset’s infidelity, but later reconciled after Offset pleaded with his wife to take him back.

“I just got tired of f**king arguing,” she continued. “I got tired of not seeing things eye-to-eye. When you feel like it’s just not the same anymore, before you actually get cheated on, I’d rather just leave.”

She decided to end the relationship before things got worse. “Y’all want me to get cheated on 15 times before I leave? You want this ni**a to have a kid before I leave? No, sometimes you wanna stop it before it gets to that.”

Cardi says Offset’s infidelity would have come to light if there was any truth. “We all know that Set is really sloppy when it comes to fu**in’ around. I’m sure it would have been something out now. No, just leave it.”

For now, she’s happy to be single. “I just wanna be a free bird,” she said.

On Tuesday, Cardi filed for divorce from her husband of three years, saying the marriage is “irretrievably broken” and “there are no prospects for a reconciliation.” She and Offset will continue to co-parent their daughter Kulture and Cardi will not seek spousal or child support.

Cardi is not allowing her divorce to put a damper on her birthday plans. The rapper, who turns 28 next month, said she may go to Miami or the Dominican Republic to celebrate.