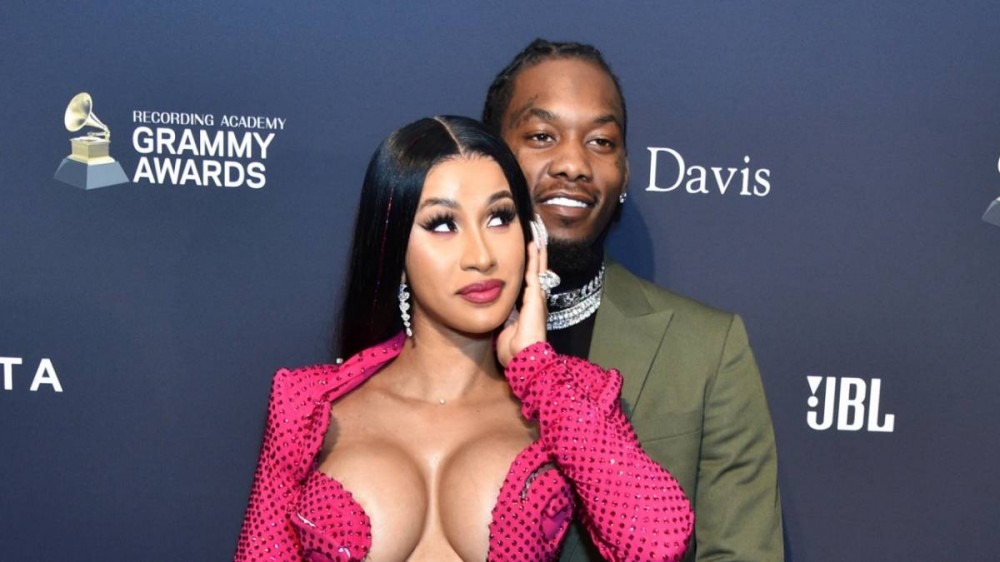 Offset and Cardi B are scheming to buy their dream house.

The Migos rapper saw that his wife had posted a motivational photo on her Twitter page of her inside a home slightly out of her price range.

“Took a picture in this house I want to buy,” Cardi wrote alongside the picture. “To remind myself to go harder, watch me get it.”

Offset replied, “Damn you really want this house, don’t worry we gone get it !!”

The married couple has developed a love of buying each other lavish gifts, houses included. Last October, Offset gifted Cardi B a mansion in her family’s native home of the Dominican Republic for her 29th birthday.

“I done bought you everything, so this year I wanted to get you something for having my beautiful son,” Offset said while holding his wife’s hand during her birthday bash. “So I bought you a house in the DR. Yessir, that’s how we coming, pool on the roof. God is good.”

Cardi then returned the favor in December, announcing at her husband’s 30th birthday party that she was gifting him $2 million.

“I want to say happy muthafucking birthday to my sexy, big-dick husband Offset,” Cardi said. “That’s my muthafucking baby daddy y’all. Babe, I feel like you have everything — you literally have every muthafucking car, you said you tired of jewelry. So I was like, What do I get somebody that gave me a muthafucking house?

Aside from saving up for his wife’s dream house, Offset is also gearing up to release a new solo record amidst a rumored break-up amongst his Migos crew.

The Atlanta native has been teasing new music ever since news of the alleged breakup surfaced, and when fans asked for details about the new work on Twitter, Offset gave a few details, including that the project will be 13 songs with the longest song clocking in at 2:40.

“Fun excitement realness,” Offset replied to one fan who asked what the vibe of his upcoming album would be. Another person asked if Southside and Metro Boomin’ are behind the album’s production, which Offset also confirmed, and Offset even teased that the project’s first single would feature Moneybagg Yo, and that it would drop later in August.

Offset’s news also arrived days after Quavo and Takeoff announced they would participate in an upcoming battle of the bands event without their married Migo.