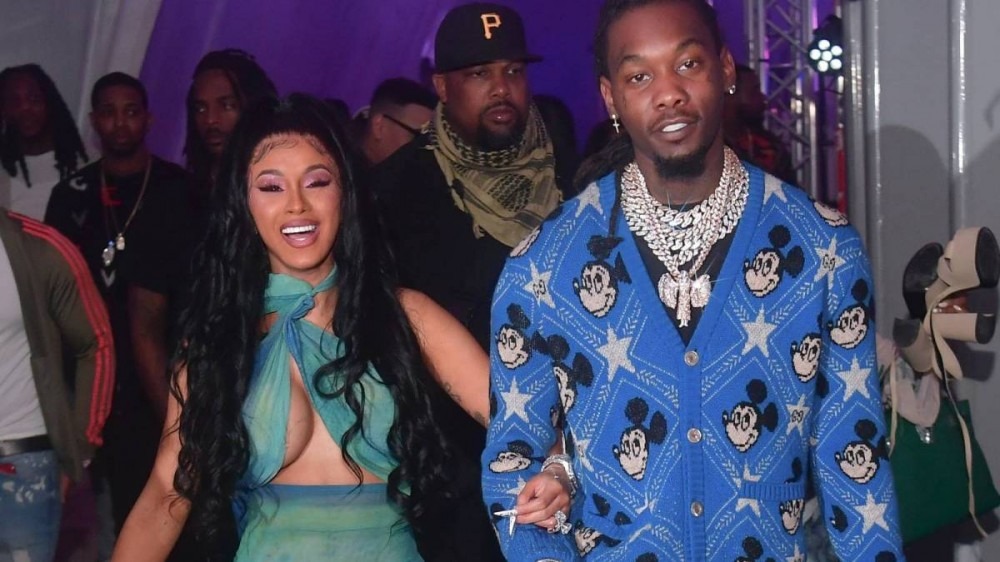 Cardi B and Offset‘s son Wave has turned one and the couple have been celebrating his birthday with their family.

On Sunday (September 4), videos of the two rappers, along with their daughter Kulture and Offset’s children Kaela, Kody and Jordan, surfaced online and showed them all hanging out at what appeared to be an extravagant party for Wave.

In one of the videos, the entire family seems to be posing for photos while decked out in matching denim fits. Other clips show Cardi and Offset hanging out with a wide-eyed Wave.

Offset also celebrated his son’s B-day with an IG post featuring a throwback video with his drippy mini-me along with a message wishing young Wave a happy birthday. “MY BIG WAVE IS 1 YEARS OLD TODAY I LOVE YOU BIG MAN11” Offset wrote.

Several of the Atlanta native’s peers and collaborators also commented on the post, including Chance The Rapper, who wrote “HBD MY BOY,” and DJ Khaled, who added: “GOD DID.” Ludacris also commented with a crown emoji.

Offset and Cardi B’s family outing for Wave’s first birthday follows recent rumors that the Father Of Four rapper had an affair with Saweetie, which Cardi addressed on Twitter while going back and forth with a troll last month.

“No baby you lying!” Cardi wrote in response to the troll’s claim. “You makin crazy lies starting shit and putting female rappers in it WIT NO RECEIPTS, no blog ever spoke on this all of a sudden you come out of jail 5 days ago and you made up lied for 2 hours wit NO RECEIPTS!”

However, despite outside pressure bearing down on their relationship, Offset and Cardi B appear to be on good terms in regards to their relationship. On August 10, the husband and wife duo gave each other positive encouragement on Twitter while engaging in talks about purchasing their dream house.

“Took a picture in this house I want to buy,” Cardi wrote alongside the picture. “To remind myself to go harder, watch me get it.”

Offset replied: “Damn you really want this house, don’t worry we gone get it !!”

Cardi B has also been publically supportive of her husband Offset’s current legal battle with his record label Quality Control regarding the rights to his solo career following the fallout of the Migos.