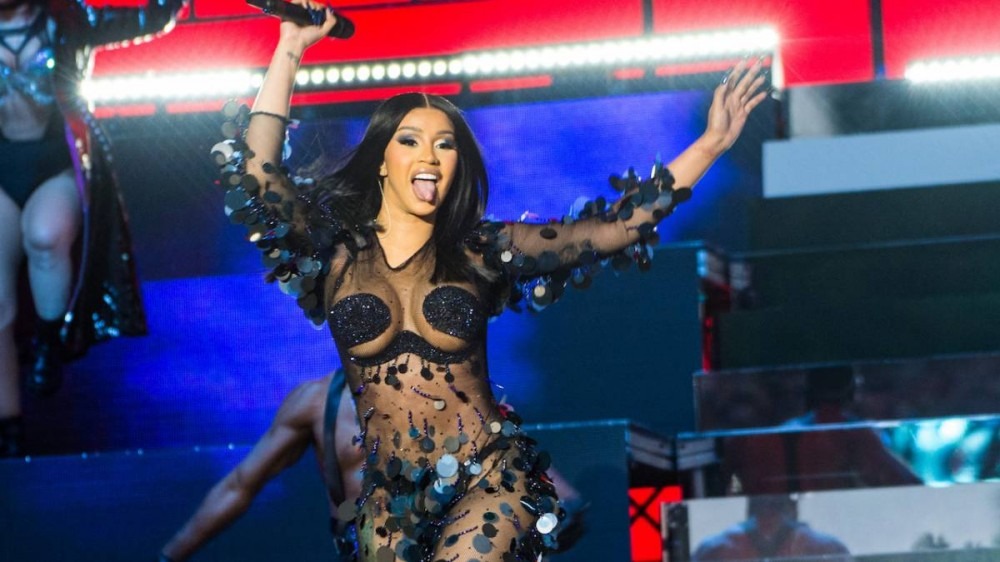 London, UK – Cardi B taught a fan about proper consent during a show the hard way.

Moments after her headlining set at London’s Wireless Festival concluded on Friday (July 8), the Bronx rapstress felt someone in the audience inappropriately touch her. While chatting with fans in the front row atop her security guard’s shoulders, she reached down and felt someone grab her hair, immediately prompting her to start swinging at the fan with her microphone.

Cardi B fights fan on stage at Wireless Festival pic.twitter.com/xvYc4D3eqw

Cardi didn’t immediately acknowledge the incident on social media but thanked the London crowd and joked about how large the Wireless Festival ramp is on Instagram.

“Let me tell y’all something … WIRELESS LONG ASSS STAGE AINT NO JOKE,” she captioned the post. “You need lots of stamina.”

The festival date was Cardi’s second in two nights, having performed in Norway on Thursday (July 7). The Wireless set was unique as she was joined by “WAP” co-star Megan Thee Stallion for their first performance of the single since the 2021 Grammy Awards and her husband Offset.

Cardi’s incident with a fan is the latest in a burgeoning trend of artists having to defend themselves mid-performance. In Switzerland, Roddy Ricch had to kick a fan who decided to run on stage during his set at the Openair Frauenfeld Festival. The fan bumped into Roddy, who dropped his mic in the process. Security immediately swarmed the fan before Roddy got a few kicks in.

At the same festival, Playboi Carti had to stop security from attacking fans, wrestling one of the guards to allow a fan to be free to enjoy the show again.