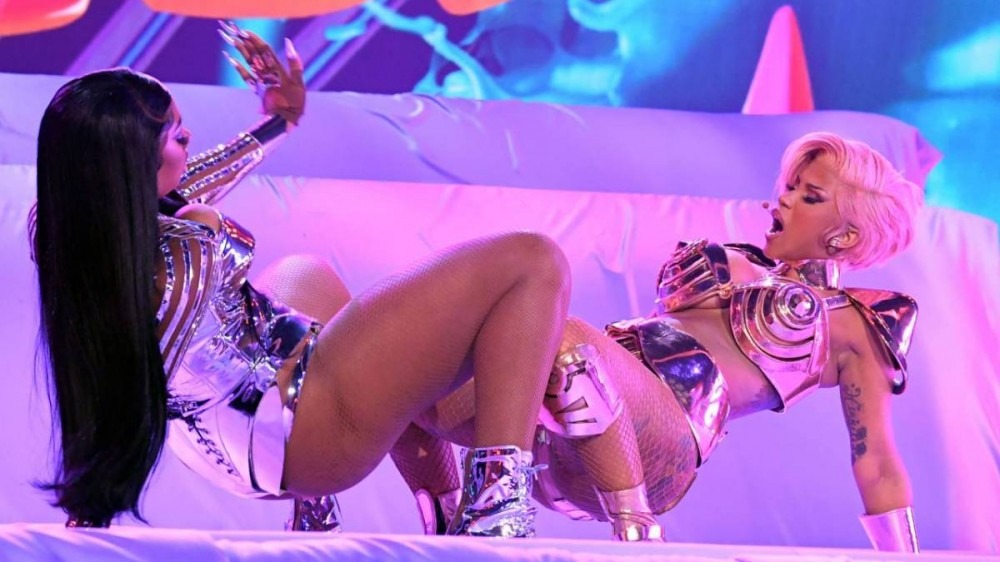 Cardi B and Megan Thee Stallion took their No. 1 Billboard Hot 100 single “WAP” to the Grammy Awards stage on Sunday night (March 14) — but not everybody was feeling it.

Much like the controversy the original visual stirred up last August, their sexualized performance drew harsh criticism across social media. According to TheWrap, the National Center On Sexual Exploitation is also calling out the CBS Grammys broadcast, saying it “contributed to the sexual exploitation of women by glamorizing prostitution and stripping.” The organization felt the performance was better suited for a “hardcore pornography film.”

“CBS allowed a glamorization of stripping and prostitution to be broadcast in front of a national audience – a portion of which were children – for no other reason than for TV ratings,” Senior vice president and executive director of the National Center on Sexual Exploitation Dawn Hawkins said in a statement. “Despite the ‘popularity’ of the song performed by Cardi B and Megan Thee Stallion, CBS should have never allowed this kind of explicit performance to happen at the Grammys.”

Unlike Cardi, Megan and other countless women who find embracing their sexuality empowering, Hawkins begs to differ.

Cardi and Megan then faced a scathing review from conservative commentator Candace Owens who told Fox News host Tucker Carlson on Monday night (March 15), “You have the kids learning about critical race theory. They’re learning that they should aspire to be people like Cardi B. You see that fundamentally we are seeing the destruction of American values and American principles.

“It’s terrifying. I think parents should be terrified that this is the direction our society is heading towards. And again, we are weakening America … This is a weakening of American society. It feels like we are looking at corrosion; like we are about to see the end of an empire.”

Never one to hold her tongue, Cardi fired right back on Twitter and wrote, “Yaaaayyyyyyy. WE MADE FOX NEWS GUYS!!! Wap wap wap.”

Of course, this is nothing new. Perceived “vulgarity” in music stretches back to at least the 1920s and ’30s. Blues singer Lucille Bogan wrote a song called “Till The Cows Come Home” that come with lyrics such as, “I got a man I love/I got a man I like/Every time I fuck them mens
I give ’em the doggone clap/Oh, baby/Give ’em the doggone clap/But that’s the kind of pussy that they really like” — and that was around 1935.