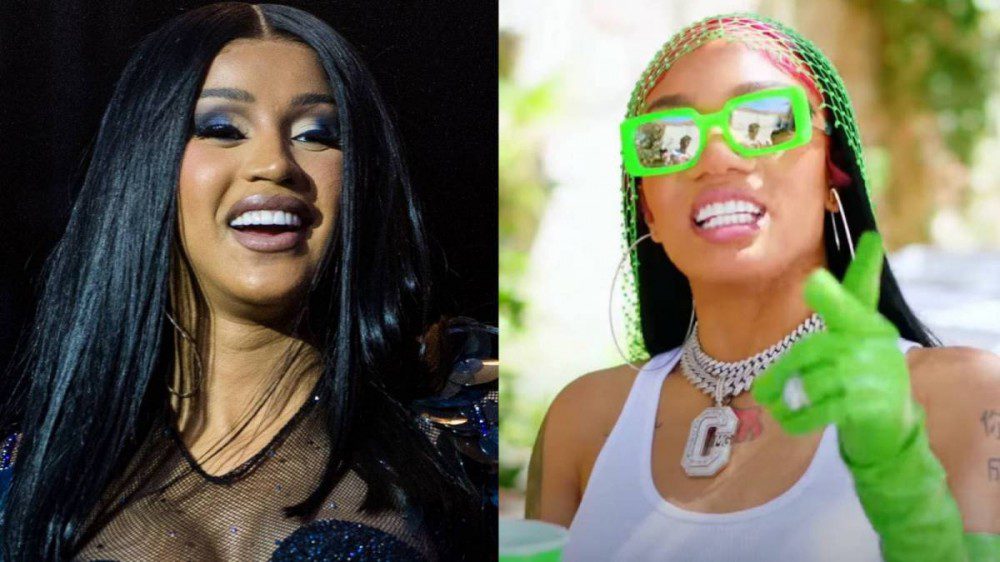 Cardi B and GloRilla have developed quite the friendship since the Bronx rap star shouted her out, and now they’re exchanging gifts.

On Friday (October 14), Cardi shared a video on Instagram of her and GloRilla having a studio session when the Memphis native surprised her new bestie with some new jewelry for her 30th birthday — including a Patek Phillipe watch.

“So I’m in the studio with GloRilla and she… I don’t even got no words to say,” Cardi said, appearing as if she were about to shed a tear. “She gave me some Van Cleef earrings … but she also gave me a fucking Patek, bro!”

“Like, what the fuck?! Nobody ever does something so beautiful like that but my man,” she continued, before joking: “Now you my woman. If that’s my man, you my woman. Fuck that.”

Cardi added in her Instagram caption: “Y’all look what @glorillapimp just gave me !!!!! I love her for fuvkin ever …I wanna cry but imma Gangsta!!!!”

The gifts come after Cardi and GloRilla joined forces for their first collaboration, “Tomorrow 2,” last month. The song was a remix to Glo’s original track and came with an accompanying video that found the duo running wild all over New York City.

The pair’s appreciation for one another started when Cardi mentioned GloRilla during an interview with Angie Martinez in July, during which she crowned Glo’s breakout hit “F.N.F. (Let’s Go)” the song of the summer.

The CMG signee caught wind of Cardi’s praise and said she was grateful for the co-sign, while also sharing a “crazy” Instagram DM exchange she had with the Invasion of Privacy star.

“As soon I get off the plane, she hearted something because I used to always DM her all the time, I would blow her up,” she recalled on On The Radar Radio.. “I don’t know what it was I sent her, but I know she hearted it, and I text her after she hearted it. She text me back, then she sent me the little voice message. I was like, ‘Ahhh Cardi!’”

Cardi B took her appreciation to the next level in September when she quoted lyrics from GloRilla’s original “Tomorrow” on Instagram after celebrating the outcome of her 2018 strip club assault case.