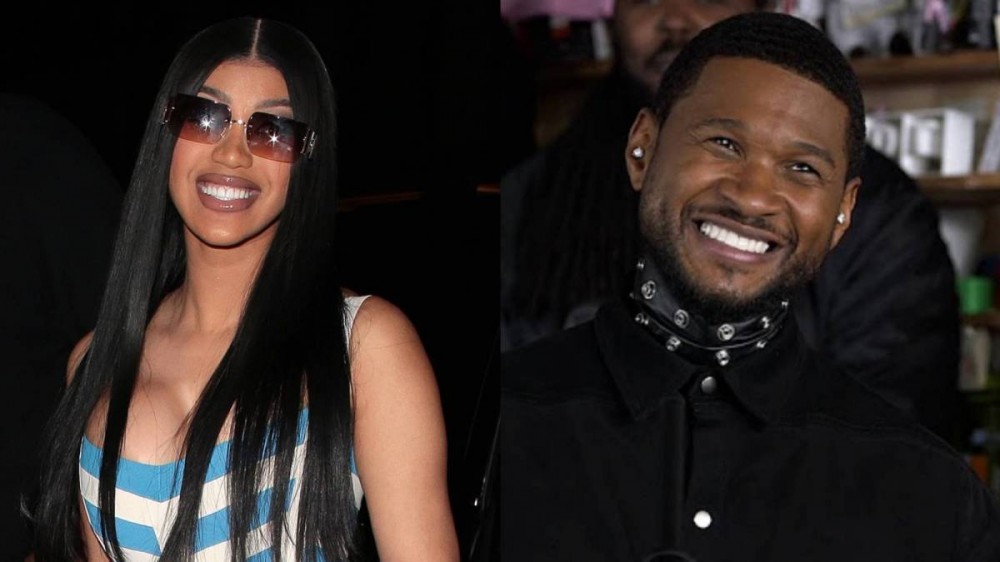 Cardi B holds Usher and his music in a special place in her heart and she’s happy he’s getting the respect he deserves from the public these days.

The Bronx bombshell gave the R&B icon his flowers in a sincere tweet she shared on Friday (September 9).

“I’m so glad @Usher is getting the love he deserves,” she tweeted. “Y’all were trying him for a couple years but I’m glad he overcame that because he is a LEGEND.”

Usher and Cardi B are yet to work together on music, but the Grammy-winning artists starred in 2019’s Hustlers film together alongside Jennifer Lopez.

I’m so glad @Usher is getting the love he deserves. Y’all were trying him for a couple years but I’m glad he overcame that because he is a LEGEND.

The Atlanta-bred singer has been reluctant to wear the R&B crown but gladly accepted the much-debated King of R&B title in an interview with Bevy Smith in August.

Usher doesn’t see much point in participating in a Verzuz battle either as fans clamor for him to face off with Chris Brown.

“I think if you ever came to my show, you would understand that I don’t even think a Verzuz could handle all of the songs that I have to be honest,” he declared. “It’s like, I could do it by myself. But I don’t wanna do that. That’s not the purpose of Verzuz, me versus me.”

As for Cardi B, fans are still awaiting the arrival of her sophomore album that she’s promised to arrive in 2022.

Her most recent single came with the Lil Durk and Kanye West-assisted “Hot Shit,” which was released in July and sits at No. 60 on the Billboard Hot 100.

Cardi surprised a group of NYC kids on Friday (September 9) with an appearance at the non-profit Community Capacity Development’s back-to-school event. “It’s all about the kids,” she told FOX5.