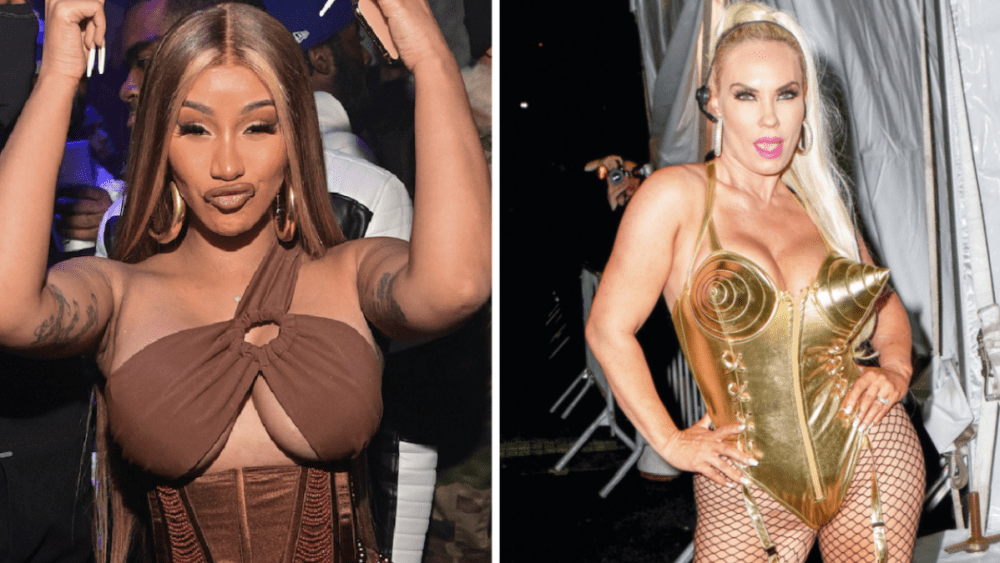 Bathing habits have become the latest trending topic in the celebrity world in recent weeks.

The fuse was apparently set off by Ashton Kutcher and Mila Kunis saying they don’t bathe themselves or their kids too often in late July and now it has been a go-to question for the TMZ‘s of the world to get every celebrity’s opinion on.

With The Rock and actor Jason Momoa setting the record straight about them showering regularly, Iced Tea’s wife Coco Austin sits on the other side of the debate.

Nothing weird about this, my friend.
I workout twice a day and then I go to work for 12+ hours.
I shower 3xs.
Easy to understand.

“Well, I don’t shower every day,” Coco told E!’s Daily Pop. “I do what’s needed. My hair, I wash my hair every four days. Yeah, but when I’m feeling icky, I’ll get in the shower. Whether that’s every day, that may be, but that could be every three days.”

As the chatter continues to light up social media, it caught the eye of Cardi B, who isn’t afraid to give her opinion on the matter. It sounds as if the Bronx bombshell definitely keeps herself clean and enjoys a good shower.

Acting couple Dax Shepard and Kristen Bell only added more fuel to the fire when they explained why they don’t bathe their kids regularly. Bell told The View she “waits for the stink” when it comes to putting her kids in the tub.

We’ll see if more rappers chime in on the debate in the coming days.