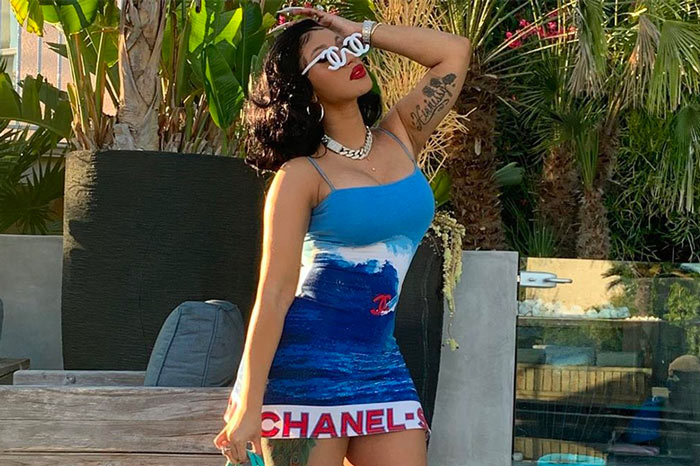 Cardi B may have some surprises in stores for her “WAP” video.

On Friday, the rapper is set to drop her “nasty” new single featuring Megan Thee Stallion, and the video is rumored to include a surprise cameo from Kylie Jenner. During an interview with “Ebro in the Morning” on Hot 97, Cardi was asked whether the beauty mogul appears in the clip, but she remained coy.

“You gonna have to watch the video to find out,” she teased.

The video is also rumored to feature cameos from female rappers including Mulatto, Rubi Rose, and Suki Hana, who were pictured on set.

During her interview with Hot 97, Cardi opened up about “WAP,” which stands for “Wet Ass Pussy,” and why she wanted to collaborate with the Houston hottie.

“The song is really nasty. The song always been nasty,” she said. “My verses and the hook has been the same since before Megan was there. So it just always been a nasty song and it’s like, ‘Who’s saying more nastier things than Megan?'”

But Cardi said it wasn’t easy to tone down the explicit track. “It was really hard for me to clean this song up,” she said before quoting some of the lyrics: “Now from the top, make it drop, bounce that big ol’ booty.”

“WAP” is the first single from Cardi’s long-awaited sophomore album, the follow-up to her 2018 debut Invasion of Privacy.