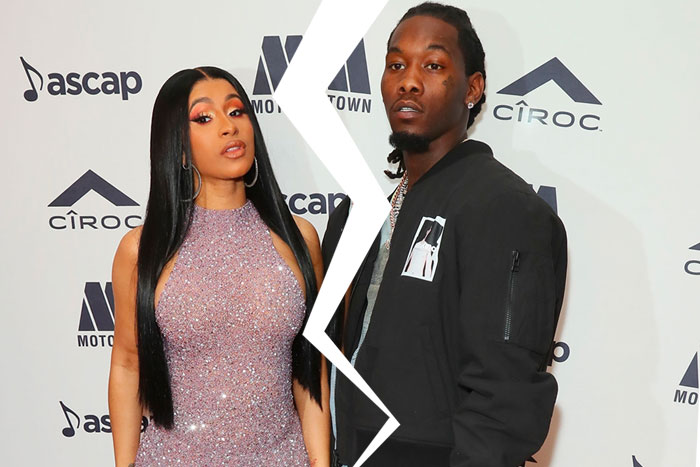 It’s over for Cardi B and Offset.

The “WAP” rapper has reportedly filed for divorce from her husband of three years. According to Hollywood Unlocked, a divorce petition was filed in Fulton County, Georgia Superior Court, on Tuesday (Sept. 15). The filing shows it’s a contested divorce. Cardi is listed as the plaintiff and Offset is listed as the defendant.

Cardi and Offset were secretly married in September 2017 and went public with their marriage in June 2018. They share a 2-year-old daughter Kulture.

It indeed appears that Cardi B filed for divorce from Offset in Fulton County, Georgia earlier today. The hearing is set for Nov 4, 2020.

Wishing them both the best. pic.twitter.com/Cx24VptzbD

The couple briefly broke up in December 2018 following cheating allegations, but they later reconciled. Offset publicly pleaded with his wife for forgiveness and even crashed the stage during her performance at Rolling Loud.

“When me and my husband got into our issues–you know, he cheated and everything–and I decided to stay with him and work together with him, a lot of people were so mad at me,” Cardi told Vogue in January. “A lot of women felt disappointed in me.”

Cardi alluded to the breakup by posting a cryptic quote on her Instagram Story on Sunday. “Her heart finally told her to stop wasting her time,” she said, adding, “It’s time 😉.”

Cardi b on her new story via ig
"its time"
Time for what? pic.twitter.com/DQadZ5Jq9J