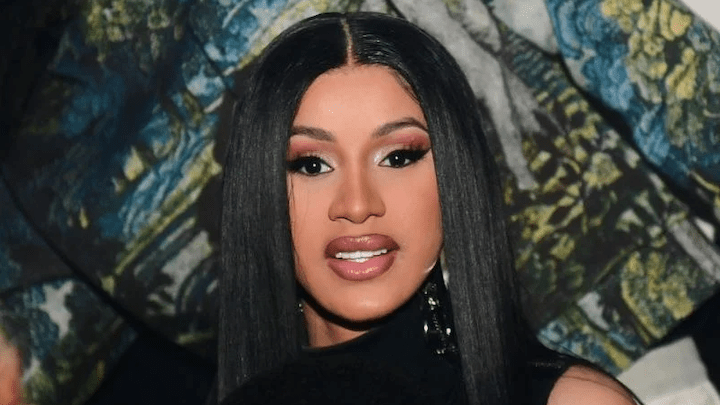 Cardi B may be going through a divorce with Offset, but she isn’t letting that put a damper on her mood at all. On Tuesday (October 6), the Bronx rapper took to Instagram to embrace her new life as a single woman while dressed in a red devil costume — complete with horns.

“Single, bad and rich,” she wrote in the caption. “I do the controlling.”

Offset actually liked the photo, suggesting there are no hard feelings between him and his ex-wife. But what was intended to be an innocent post showing off her look and lifestyle was met with replies about the Illuminati. Users flooded the comment section with references to the caption and what she’s wearing in the photo.

“Smh Illuminati horns,” a user wrote, while another claimed, “You sold your soul for fame and money.”

Others said “ILLUMINATI CONFIRMED” and “Illuminati has joined the chat.”

Clearly, Cardi couldn’t help but read through the responses. She followed up the original post with another shortly after, shutting down talk about the secret society.

“Stop with the Illuminati shit,” she said. “It was just costumes for a TikTok video DAMN!”

She also wrote in the comments, “I will never join nothing I rather die broke. [Money can’t] buy my faith in GOD.”

Cardi countered the devil by wearing an angel costume with wings. With Halloween just around the corner, both outfits are fitting for this time of year.

Stop with the Illuminati shit ….It was just costumes for a tiktok video DAMN!

I'll rather die broke than join illuminati- Cardi B pic.twitter.com/KhJKPrnVDW

On September 15, it was announced Cardi had filed for divorce from Offset after three years of marriage with the Migos rapper. Just over a week later, she took to her Instagram Stories to dismiss rumors about going through with the divorce for attention.

“I want to address another bullshit that I heard,” she said. “Another blogger claims that I am getting a divorce for attention. And it’s like, you think I’m going to pay a lawyer 20,000 fucking dollars?! They’re like, ‘I just find it so funny that Cardi is getting a divorce around this time she got a record called ‘Me Gusta’ out.’ First, of all, ‘Me Gusta’ is not even my record, it’s Anitta’s record. So I’m not even getting a huge piece of the song.”