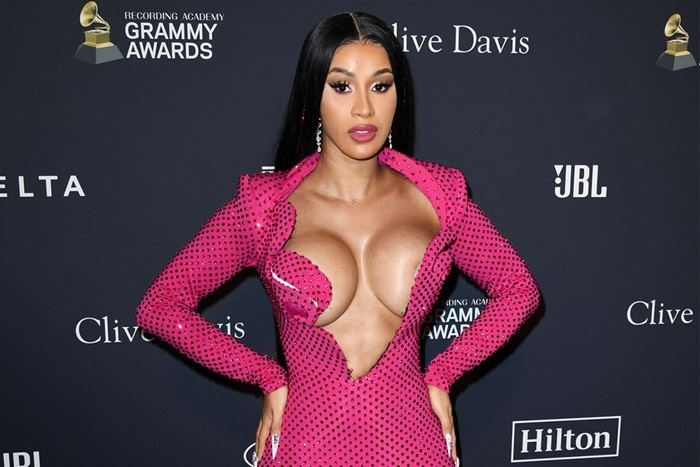 Cardi B is ready to do it again.

While fans await her highly-anticipated sophomore album, the rapper is teasing a brand new track. Taking to Twitter on Tuesday, she shared an 8-second snippet with the caption “Respect.”

“Don’t get offended by rumors ’cause I done heard quite a few / You might have heard I love red, but I slap a bitch out the blue / Hell yeah,” Cardi raps on the heavy-hitting track.

She also warned fans that she’s about to bring them more heat. “Ayyyyy put some respect on my name,I brought you nothin but flames I’m boutta do it again !” tweeted Cardi.

Ayyyyy put some respect on my name,I brought you nothin but flames I’m boutta do it again !

Earlier this month, she revealed that she’s nearing completion on the follow-up to her debut Invasion of Privacy. “I have my cool, calm, and collected songs, just missing a couple of more club hits,” she told Baller Alert. “But we getting there.”

However, she has not set a release date yet. “I can never put a date on it ’cause when you feel that you got those songs, that’s when it’s gonna come out,” she added. “I cannot put a date on my ears. When I feel like I have it, that’s when.”

Prior to that, Cardi also shared a teaser of a Wheezy-produced track that may appear on the album. “Shake, earthquake,” she raps in the clip.

The album, which she once titled Tiger Woods, follows 2018’s Invasion of Privacy, which became the longest-charting debut album from a female rapper in Billboard history.