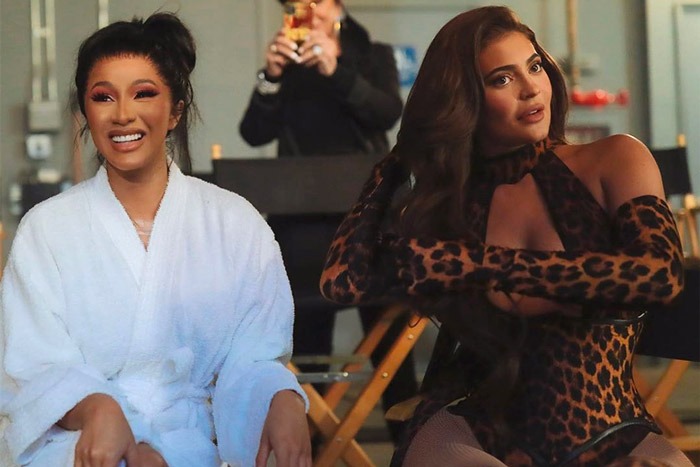 Cardi B is going to bat for Kylie Jenner.

While fans celebrated Cardi for putting a spotlight on Black and Brown women, not everyone was pleased with Kylie’s cameo. A Change.org petition called for her removal from the video, accusing her of being a culture vulture. It has garnered over 65,000 signatures. “The video was perfect until we saw K and I wanted to throw my phone,” read a message from the petition’s creators.

Now Cardi is addressing the backlash. In response to a tweet that criticized Kylie by comparing her to Normani, who danced in the video, Cardi defended the beauty mogul, saying she has been kind to her family.

#CardiB speaks out against comparisons between #Normani and #KylieJenner, explains why she invited Kylie to be in the #WAP video:

"This is not about f*ckin race. Why did I put Kylie on my music video? She treated my sister and daughter so lovely at her kid bday party." pic.twitter.com/VcXOMQ4r0x

“Why did I put Kylie on my music video?” Cardi wrote in a since-deleted tweet. “She treated my sister and daughter so lovely at her kid bday party. Travis and Set are real close and Kris Jenner have giving me advice on certain things I ask for and her husband real cool with mine.”

The person also celebrated Normani’s contributions to the video, while lamenting Kylie for simply walking down a hall and opening a door. But Cardi said she wanted to utilize Normani’s talent.

“Normani is one of the best female artist that dances Like she dances her fuckin ass off!” she tweeted. “Why would she open a door? Please tell me how that would make sense? The best part of the song is the beat & hook it what makes you want to shake your ass.”

She also said her casting decision had nothing to do with race. “Not everything is about race,” Cardi continued. “Theres issues out here in the world that it is about race that I i preach all the time about. Thjs is not about fuckin race.”

Despite the controversy, the video has already become a viral sensation with nearly 60 million views in 72 hours.