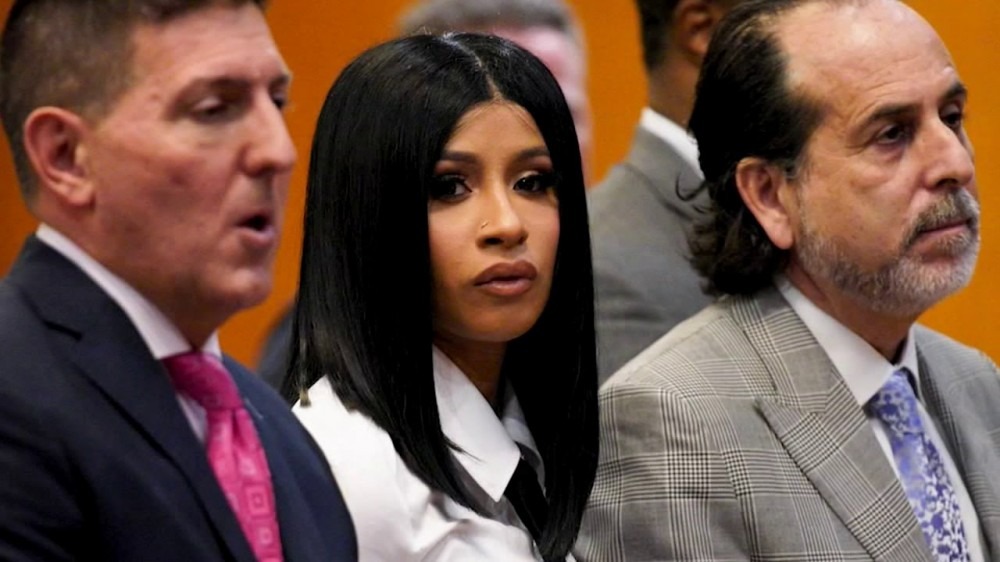 Cardi B cries on the stand during her testimony sharing she felt “suicidal.”

According to court documents, the YouTuber claimed the Bronx native has herpes, used a beer bottle as a sex toy when she was a stripper, worked as a prostitute and abused cocaine.

Cardi B went on to detail how she never felt suicidal prior to the blogger’s allegations. According to TMZ, Cardi admitted to feeling not worthy of having a family and performing her wifely duties. “I felt defeated and depressed and I didn’t want to sleep with my husband.” Cardi added, “I didn’t deserve my kid.”

In an earlier dismissed case in Cardi’s favor, Tasha K alleged she was threatened and experienced emotional distress by the “WAP” rapper after making inflammatory remarks and sexual claims implying Cardi B was a prostitute and had herpes and HIV.

Meanwhile earlier this week, Tasha K reportedly admitted that she knowingly published lies about Cardi because it was beneficial to her platform’s business interests.

Court is expected to be adjourned until Tuesday.

If you or someone you know need mental health help, text “STRENGTH” to the Crisis Text Line at 741-741 to be connected to a certified crisis counselor.