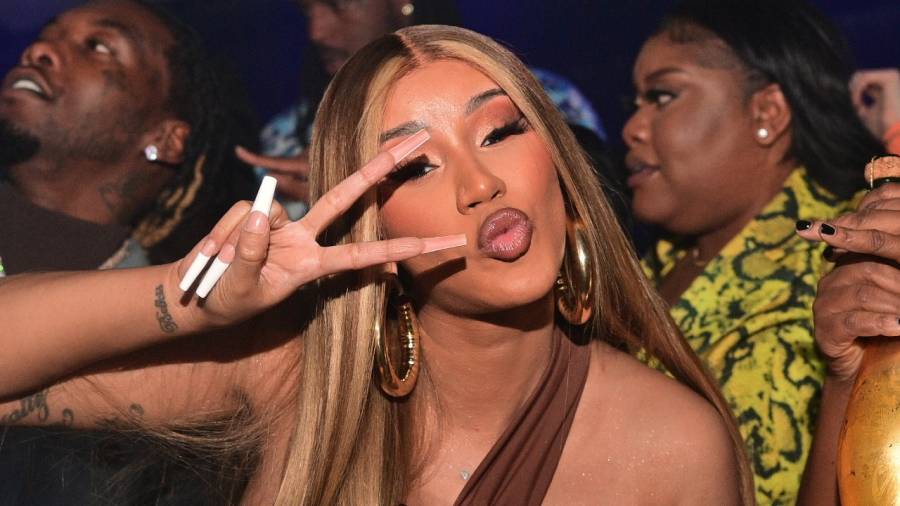 Cardi B isn’t giving in and turned down yet another plea deal earlier this week in regards to her 2018 Queens strip club assault case. She’s facing a maximum of four years in prison after rejecting separate pleas to make the charges a misdemeanor or third-degree assault.

The Twitter trolls were out and about teasing Cardi B about the possible four-year sentence and one person even straight-up mocked her by saying, “You’re going to prison.”

“Before I go to prison you gone see me breakin more records and making more Ms,” Cardi responded to one comment.

Before I go to prison you gone see me breakin more records and making more Ms 👅 https://t.co/LQWk6CSPe8

Another troll oddly attempted to bring Cardi B and Offset’s kids into the mix, claiming Cardi needed to lawyer up because the Migos rapper wouldn’t be there for their kids if she happened to get locked up.

“My man is allow to be with his kids so what’s your point,” Cardi said.

My man is allow to be with his kids so what’s your point ? https://t.co/ZTRgWxbrf7

The 29-year-old is scheduled to be back in court next Monday (October 25) for another hearing regarding the case where she’s accused of orchestrating an attack and throwing a pair of bottles at two Angels strip club bartenders in 2018.

One of the bartenders happens to be 6ix9ine’s girlfriend, Jade. Cardi allegedly believed the two were getting a bit too flirtatious with her husband Offset. The Bronx bombshell is on the hook for reckless endangerment and assault charges while she could face up to a maximum of four years behind bars if convicted on all charges.

“No one ever notices when you’re being provoked, just when you retaliate,” Cardi subliminally posted to her Instagram Story this week.

It’s been a busy six weeks for Cardi B. In September, she and Offset welcomed a baby boy and Cardi turned 29 earlier in October. She celebrated with a dancehall-themed party in Los Angeles where Offset gifted her a mansion in the Dominican Republic.

Look for Cardi B’s case to take another turn on Monday when she appears in Queens Criminal Court.