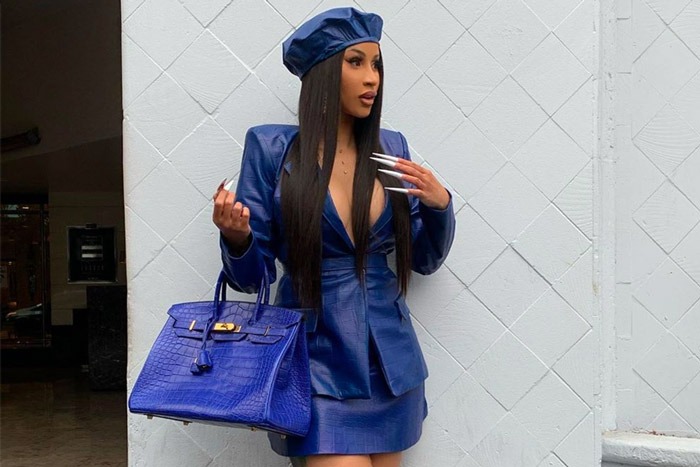 Cardi B won’t be silenced.

Following Melania Trump’s speech at Tuesday night’s Republican National Convention, the rapper got into a social media feud with a Republican politician over the First Lady. Former Republican congressional candidate DeAnna Lorraine ignited the drama when she tweeted, “America needs far more women like Melania Trump and far less like Cardi B.”

“Didn’t she used to sell that Wap?” Cardi clapped back, referencing her chart-topping hit “WAP” with Megan Thee Stallion.

Didn’t she used to sell that Wap? https://t.co/ahgIf96S6a

Her comment seemed to reference rumors that the First Lady was also an escort when she worked as a model and posed for nude photo shoots. According to PEOPLE, Melania has denied the accusations and even sued The Daily Mail, who had to issue an apology and pay her a reported $2.9 million settlement.

Cardi also tweeted a nude photo of the First Lady from her days as a model, writing, “This pic giving me ‘yea you fu**in wit some wet ass pussy’ vibes …just sayin.”

Lorraine responded in a later tweet by accusing Cardi of drugging and robbing men when she was a stripper and “corrupting our youth” with “songs about her genitalia.” She also brought up her husband Offset’s infidelity.

“She told the youth of America that it’s okay to stay with a cheating man,” wrote Lorraine. “…and Joe Biden & Kamala Harris campaign with her!”

-drugged & robbed men during her time as a “stripper”.

-raps songs about her genitalia, corrupting our youth.

-her husband cheated on her and she told the youth of America that it’s okay to stay with a cheating man.

…and Joe Biden & Kamala Harris campaign with her!

Cardi has been an outspoken critic of President Trump and his administration. After Bernie Sanders exited the presidential race in April, she threw her support behind Democratic nominee Joe Biden and recently interviewed him for ELLE.