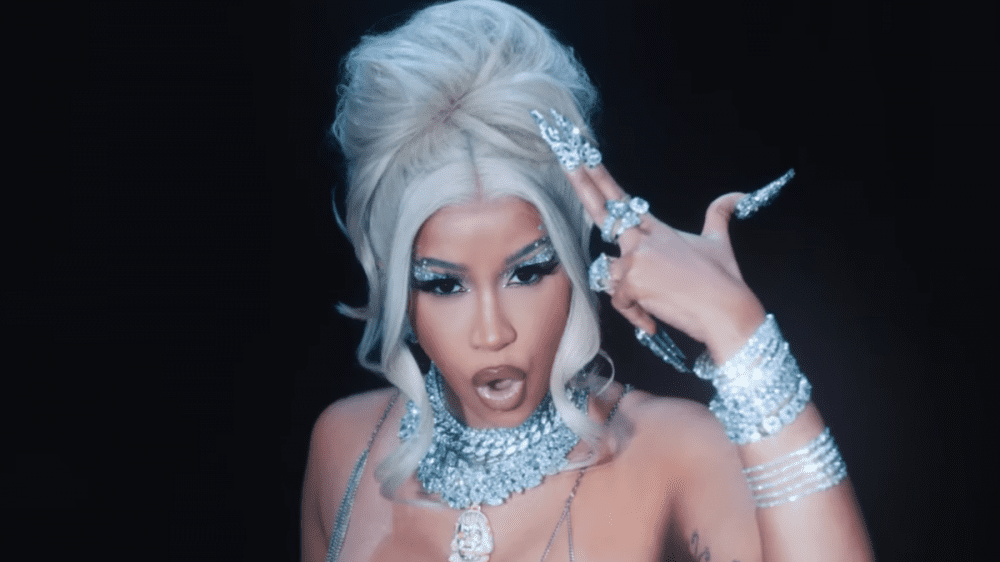 Cardi B has taken to social media to celebrate her latest victory after a jury tossed out a man’s accusation that his photo was used on her Gangsta Bitch Music Vol. 1 cover without his permission.

According to Reuteurs, after the four-day trial, which kicked off on Tuesday (October 18), jurors deliberated for a few hours on Friday afternoon (October 21) before handing their decision to the judge. They concluded that the cover to Cardi B’s 2016 mixtape did not violate plaintiff Kevin Michael Brophy’s rights to privacy.

Brophy was seeking $5 million in damages for not only the unauthorized use of the photo, but the embarrassment he claims the “raunchy” image caused.

This wasn’t the first time Cardi B got emotional during this short trial. On Wednesday (October 19), she got into a heated exchange with Brophy’s attorney Barry Cappello, with tensions becoming so high the judge threatened a mistrial.

On two separate occasions during the hearing, Judge Cormac Carney dismissed the jurors from the Santa Ana, California courtroom in an attempt to quell the bickering. The second time, the judge told Cappello he had “totally crossed the line” and threatened to declare a mistrial.

Cardi B took exception to Brophy’s previous claim that the artwork had “humiliated” him and caused him “hurt and shame,” instead claiming that he has been “harassing” her in hopes of scoring a handsome settlement.

The Invasion of Privacy rapper also grew irritated by Capello’s suggestion that Brophy’s distinctive tattoos on her “raunchy” mixtape cover had somehow contributed to her meteoric success.

“[I have been] working my ass off [for] two kids,” she snapped back, while saying it’s “really insulting to me as a woman that a man is claiming responsibility.”

The artwork at the center of the lawsuit featured Cardi sitting in the back of a limousine with a male model kneeling in front of her, appearing to perform oral sex. According to Rolling Stone, in their opening statements, attorneys on both sides agreed about how an image similar to Brophy’s tattoo came to appear on the cover.

Following the original photo shoot, the graphic artist who designed the cover decided to replace the model’s tattoos with a different design. He decided to use part of a tiger and serpent image he found online, which ended up being a picture of Brophy. He testified that he believes that design to be a core piece of who he is.

He continued: “Being a father of two and a devoted husband and a man of faith as well, this goes against everything that I stand for, and I would never ever sign off on something like this.”

This is Cardi B’s second legal victory in about a week. On October 14, a federal judge in Atlanta granted the rapper’s motion requesting a Supersedeas Bond, which requires vlogger Tasha K to provide collateral to cover a payment of $3,863,753.47 through a bond company.

The multimillion dollar payment was awarded to Cardi B following a libel suit she had filed against the internet personality.

In September, Cardi also took a plea deal to avoid jail time in her 2018 strip club assault case. She was sentenced to 15 days of community service after pleading guilty to third-degree assault and reckless endangerment — both of which are misdemeanors. Additionally, she is required to stay away from the victims of the strip club brawl for three years.