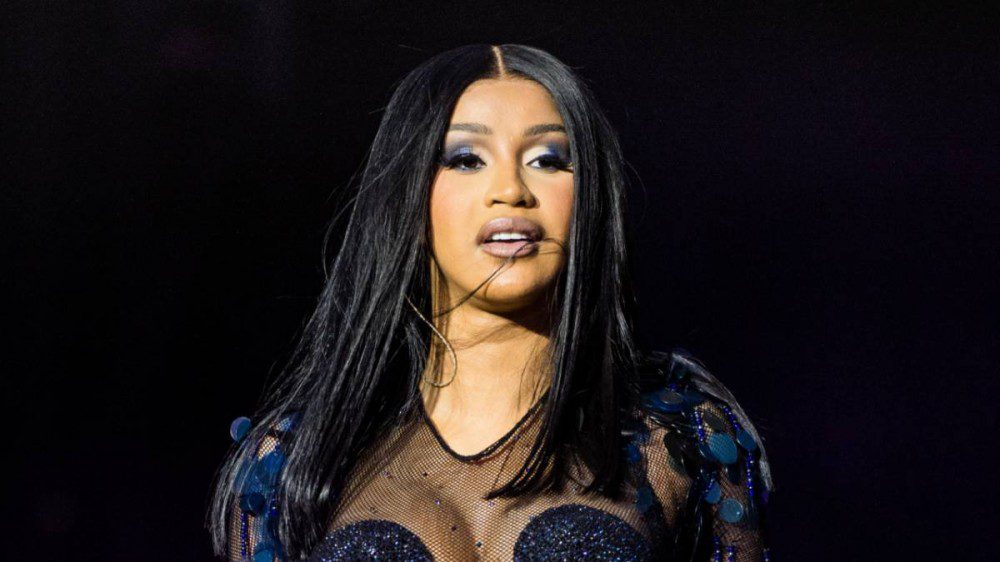 Cardi B is back in court this week, as her attorneys fight to prove that she is not responsible for the embarrassment a man claims he suffered due to one of her mixtapes.

The plaintiff in this case, body art afficionado and model Kevin Brophy, Jr. claims that an image of his back tattoo was used for the 2016 cover of Gangsta Bitch Music Vol. 1. The artwork in question features Cardi sitting in the back of a limousine with a male model kneeling in front of her, appearing to perform oral sex.

According to Rolling Stone, in their opening statements, attorneys on both sides agreed about how an image similar to Brophy’s tattoo came to appear on the cover. Following the original photo shoot, the graphic artist who designed the cover decided to replace the model’s tattoos with a different design.

He decided to use part of a tiger and serpent image he found online, which ended up being a picture of Brophy. He testified that he believes that design to be a core piece of who he is.

He continued: “Being a father of two and a devoted husband and a man of faith as well, this goes against everything that I stand for, and I would never ever sign off on something like this.”

However, Cardi’s attorney Peter J. Anderson offered several arguments which he believes make Brophy’s complaint invalid. Namely, that the man on the Gangsta Bitch Music Vol. 1 cover is a Black man, who’s hair is also visible in the photo. Brophy is Caucasian and keeps his hair shaved.

Additionally, the model in the photo is missing another tattoo which appears on the plaintiff’s neck. In other words, Anderson argued, it’s unlikely that anyone would have seen the photo and believed Brophy was the man pictured.

“They have not identified any person, any member of the public, any friend who said that,” Anderson said.

As for Brophy’s claim that people have been contacting him about the artwork, the attorney added, “That’s a self-inflicted wound. He caused that by identifying himself when no one else had identified him as being the person in the image.”

Anderson also went on to inform the jury that the tattoo featured on the mixtape cover was edited by the graphic artist, effectively making it a new image. Even if the original tattoo had not been edited, the work remains the tattoo artist’s intellectual property.

Still, Brophy’s attorney’s argue that the “Hot Shit” rapper should have never used the body art at all.

“This was his likeness,” attorney A. Barry Cappello said. “It’s the personal property, it’s the personal identity of a private citizen, not another celebrity. This is a private person. Unless you ask for it or you pay for it, you can’t take it under the laws of the land… You can’t take somebody else’s image and do something offensive with it, hold it in a false light.”

While she is expected to testify in during the four-day trial, Cardi observed silently on Tuesday (October 18) as her attorney’s presented their case, Rolling Stone reports. Jurors on this case were told by U.S. District Judge Cormac J. Carney that the trial should run through this week.

Meanwhile, Cardi finds herself still embroiled in legal drama with Tasha K. Despite having been awarded $3.8 million in her defamation lawsuit against the vlogger, she and her legal team were back in court this week requesting a judge to intervene in securing her payment.

The decision came after Tasha (real name Latasha Kebe) requested the courts stop the “Up” rapper’s attempt to garnish her wages.