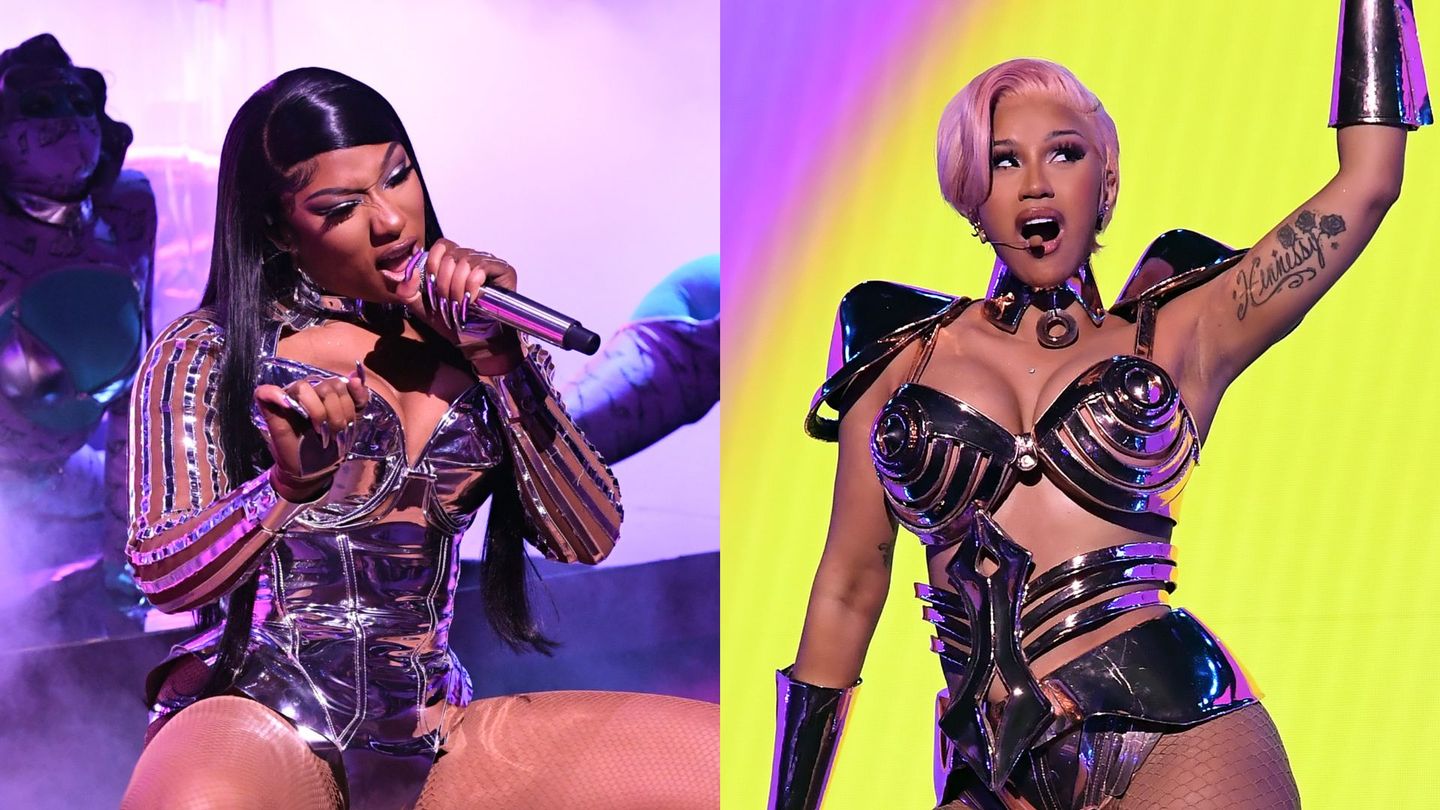 Before Cardi B and Megan Thee Stallion took the stage at the 63rd annual Grammy Awards, host Trevor Noah gave a disclaimer to those watching at home: Tell the kids that “WAP” is about giving a cat a bath. Though the not-so-safe-for-work song dominated airwaves last year, tonight (March 14) was the first time the Houston and Bronx rappers performed it together live. And whew, did they go all out.

Their explosive set at Los Angeles’s Staples Center included a giant heel sculpted for pole dancing, a bed large enough to fit the duo plus their dancers, and enough splits to make your legs hurt. Of course, they pulled it off without missing a beat. As Meg said at the start of the performance, “Tonight is my first night at the Grammys, but it is not my first time entertaining you.”

The Record of the Year, Best New Artist, Best Rap Performance, AND Best Rap Song winner also performed “Savage,” her inescapable hit that brought millions of people joy on TikTok (and beyond) last year. Cardi B, meanwhile, impressed with her latest single, “Up.” The bombshell choreography for both songs was the perfect segue to “WAP.”

Ahead of the show on the red carpet with E!, Megan Thee Stallion teased that she and Cardi B would bring “real hot girl stuff” to the Grammys — and they certainly delivered. See the night’s winners right here.