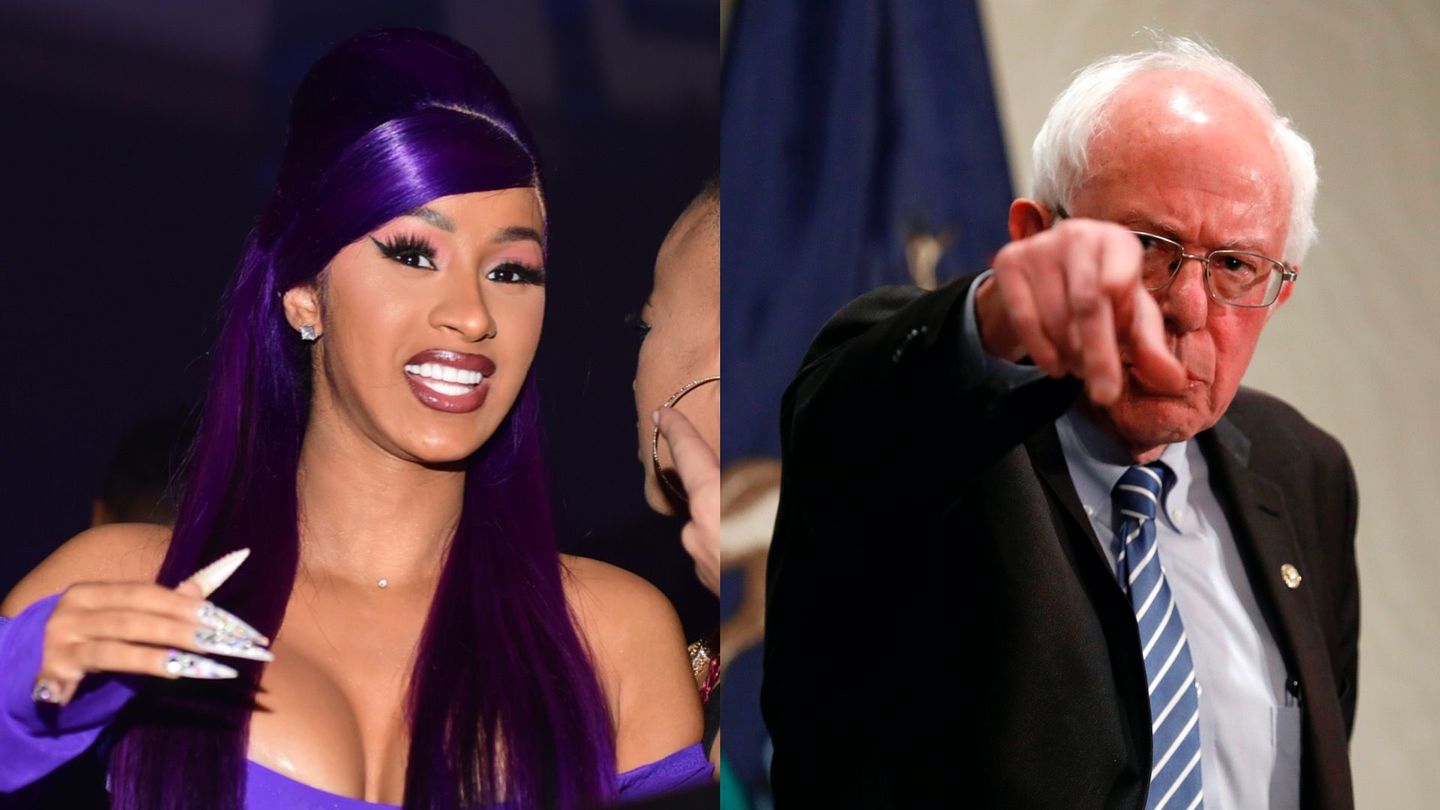 Cardi B, the voice of the people, had another sitdown with Bernie Sanders to discuss some of the country’s issues, only this time it wasn’t at a nail salon in Detroit. The rapper and former presidential candidate live-streamed a new conversation to talk about the coronavirus, Sanders dropping out, and what current Democratic presidential candidate Joe Biden plans to do for the United States.

Their friendly conversation (it starts at 36:54 in the above video) started off, this time, with Cardi relaying to Sanders just how upset that she was after he ended his presidential bid. “I don’t know if anybody told you, but the last time I got on Live, I had a fit because I was so hurt and upset that you dropped out of the race,” she said. ” I keep telling the youth, you guys really have to go and vote. Now we’re stuck between 45 — we’re not going to name him over here — and Joe Biden.”

Cardi moved on from that to talk about how she believes that we’re entering a recession. Following the global coronavirus pandemic that has the country practically shut down, leaving people burning through their savings and praying for financial miracles, it’s hard to imagine things returning to normal. “Not everyone will be able to get their job back after America opens up,” she remarked, grimly.

When Cardi asked Sanders when he thinks that the country will return to normal, the senator revealed that it’s probably going to happen in a different way than many people currently think. “Nobody knows exactly, and it will probably be in different times in different places in the country and it will not be all at once,” he said.

Later, after Cardi revealed that she’s not as familiar with Biden’s policies, Sanders elaborated a bit on what the current Democratic candidate plans on doing for the country. “I would go further in all of these areas than he goes, but he is moving in the right direction,” he said. “He’s moving in the right direction on immigration reform, and I think you’ll be pleased with what he has to stay. I think you’ll be hearing him make some pretty strong statements on criminal justice reform.”

With this year’s election coming up on November 3, it’s important for everyone to remember that their voice makes a difference. Sanders spoke about the importance of voting in his conversation with Cardi last year. “Young people have got to get involved in the political process,” he said. “Participate in the political process. And then think about who the candidate is that is speaking the issues that are important to you, and then vote.”

This live counter shows how many days, hours, minutes, and seconds that we have until Election Day. Get prepared and know what decision you’ll make that plays a huge part in the way that these next four years will go.

In the meantime, check out Cardi and Sanders’s new conversation up above.