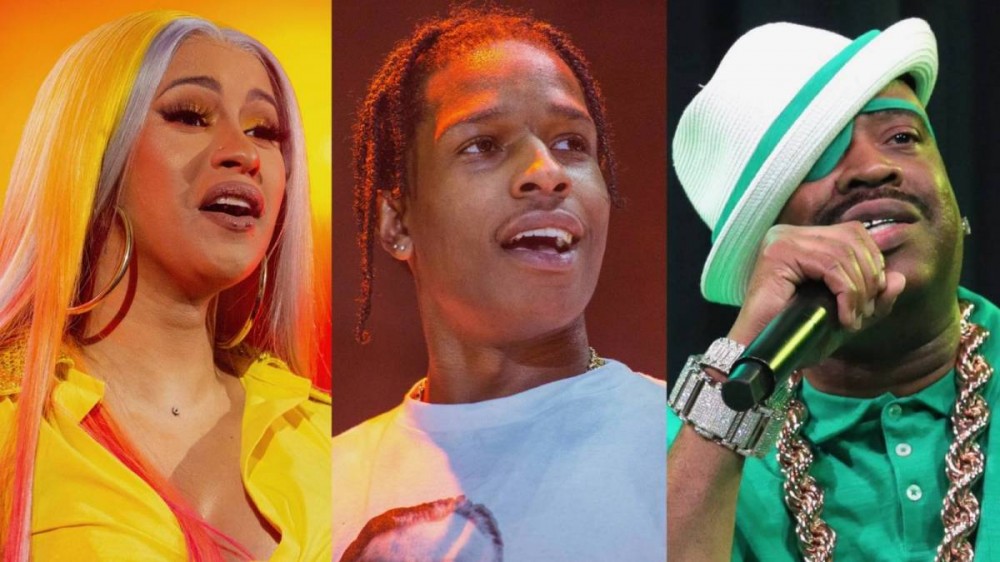 Cardi B, A$AP Rocky, Slick Rick and many other rappers are the subject of a brand new book that documents the history of Hip Hop jewelry.

Written by Vikki Tobak, Ice Cold: A Hip-Hop Jewelry History uses 40 years of iconic imagery of some of Hip Hop’s biggest stars and compelling stories to celebrate how “ice” has become a “proclamation of identity and self-expression.”

But more than just the artists themselves, Tobak highlights the work of pioneering jewelers such as Tito Caicedo of Manny’s, Eddie Plein and Jacob the Jeweler, as well as newer ice artisans such as Johnny Dang, Avianne & Co., Ben Baller/IF & Co., Greg Yuna, Eliantte and others.

Billed as “the definitive history of how Hip Hop blinged out and redefined the world of jewelry, luxury, and style,” Ice Cold includes a foreword written by Slick Rick, as well as essays by A$AP Ferg, LL COOL J, and Quality Control Music’s Kevin “Coach K” Lee and Pierre “Pee” Thomas.

Ice Cold: A Hip-Hop Jewelry History is out now and can be purchased from TACHEN’s official website.

One artist known for having stacks of jewelry is Rick Ross, and earlier this month the Biggest Bawse added a pricey new watch to his collection.

Taking a trip to meet famed Hip Hop diamond man Jacob the Jeweler at his Midtown Manhattan store, Rozay purchased a one-of-a-kind Mystery Tourbillo complete with 370 diamonds cut to measure according to their placement.

Ross had also purchased a Billionaire III timepiece a few days before, according to an Instagram post from the company. The watch is similar to one DJ Khaled dropped $3 million on in January. Floyd Mayweather bought a one-of-a-kind version of the “Billionaire III” for $18 million in 2018.

Meanwhile, Maino and Jim Jones went jewelery shopping in July, picking up a pair of matching diamond-encrusted door knocker pendants which they rushed to social media to show off.

A staple in New York City, door knockers have been heard by many generations growing up in the Big Apple. The brass objects were mostly found in NYC housing projects and when knocked could be heard through different floors.

“This represents the struggle right here. In case you don’t understand what this is, this is a gold-flooded, diamond-encrusted ocean,” Maino said in an Instagram post as his Lobby Boyz brethren Capo moved the handle to make a knocking sound with the pendant. “If you understand the struggle, understand the pain, you understand coming from New York City housing, this is apartment 2B, where I grew up with my mother, my father and my brother.”

He added: “Lobby Boyz, you know. Louis Armstrong Houses, Nostrand Avenue apartment 2B. It ain’t where you at it’s how you started and where you going. We come from the bottom and we got things to say, and we trying to get out and inspire other people.”