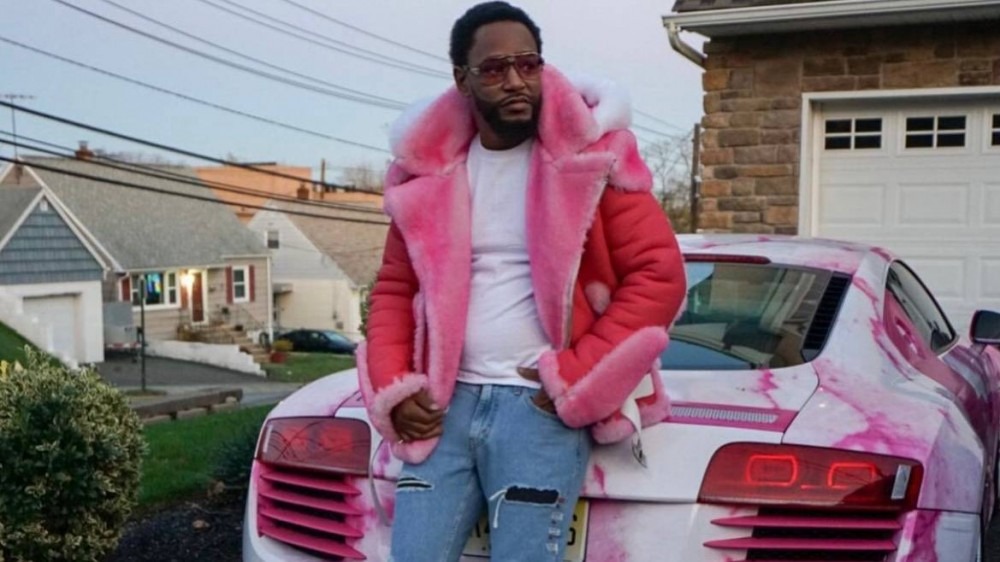 The situation between Cam’ron and the neighbor he hooked up with and documented the fling on social media is turning into a problem now. On Monday (May 10), Killa Cam shared a pair of videos detailing the latest updates in his relationship with this woman.

In the first clip, Cam is riding a jet ski down the Miami waters with a woman holding on tightly in the back. The woman is his neighbor’s sister, and Cam explained his neighbor violated him in the caption.

“Yea I slid.. got the neighbor sister wit me,” he wrote. “She violated..so I had to violate. Season finale 2mr.. bitch out her fucking mind.. don’t play wit me or my property. Ima show y’all what she did. Now ya sister getting that Blue horse power 5.0, pray for her.”

Fans wondered what happened, especially when Cam posted a video of his neighbor banging on his door and calling his cellphone nonstop last month. In the second clip, Cam showed his pink Lamborghini with the windows covered in post-its with messages such as “Fuck Me” and “Let me suck your dick” left by his neighbor.

“So if you seen yesterday I had The neighbors sister with me and I gave her that Blue mixed wit @pinkhorsepower She might be pregnant,” Cam explained in the caption of the second video. “This is why.. I landed and see this on my car..talking bout ‘maybe now You’ll get my messages’ yea ight.. don’t play with my property.”

Cam continued to drag his neighbor, “You going to jail!!! And you about to be an aunt. I was gonna drive to the precinct like this but then i thought how dumb I look..and I couldn’t see.. anyway.. season 2 coming with her sister.”

Hooking up with her sister may not have been the best move for him, but hopefully, he manages to get himself out of this mess. But he could also be having fun with his fans to promote his new sex enhancement supplement, Pink Power Horse.

Cam got himself in this mess when the neighbor revealed the Harlem rap star lived in her building on Instagram. One thing led to another, and things seemed to kick off when Cam’ron posted a since-deleted video of the two getting busy in his apartment.