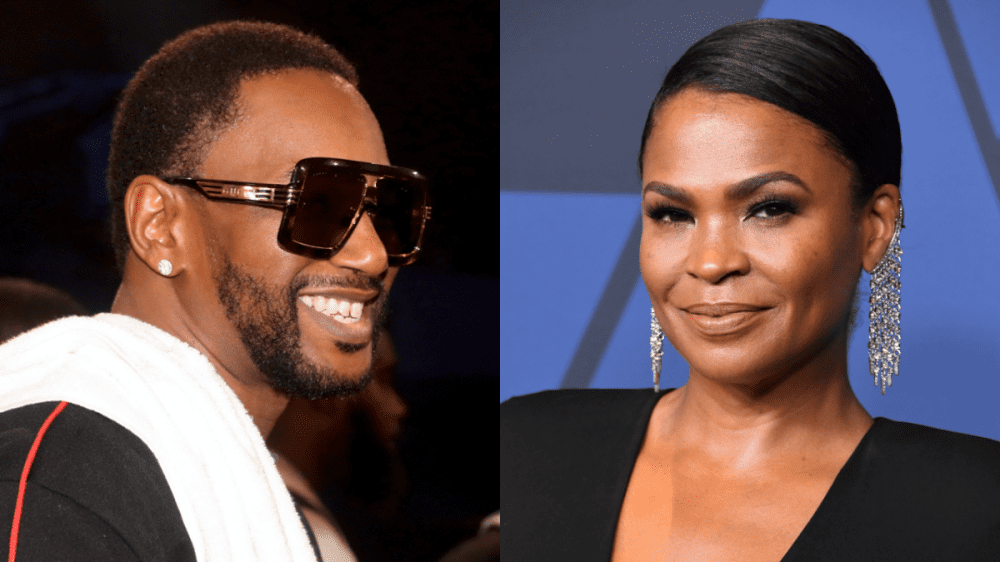 The Harlem rapper took to Instagram on Sunday (October 16) to share screenshots of several paragraphs of flowery language he sent the 51-year-old actress in an Instagram DM.

“Hey stink. I was giving you some time to yourself till I reached out,” Cam’ron’s romantic message began. “Your perseverance as a strong black woman through this turbulent time has been something to behold.

“You shouldn’t be taken advantage of and exploited as you did nothing to deserve this. Especially all over these sports networks. You’re bigger and better then [sic] that. You’re a queen, and by the way I’m a king. Together we can achieve the greatness we were both destine [sic] for as a couple.”

He continued: “As I sit here sipping gazpacho and watching ‘the best man’ I was inspired to reach out, because that’s what I am the best man for you!! Hope to hear from you soon my Mi- amor or should I say ‘Ni-amour,’” before signing off with a series of love heart emojis.

Unfortunately for Cam’ron, his poetic attempt at charming Nia Long has so far been unsuccessful. “This was last week. Still no response [angry face emojis] [face palm emojis] Lolol,” he confessed in the caption.

Cam’ron’s overture comes just weeks after it emerged that Nia Long’s longtime partner, Boston Celtics head coach Ime Udoka, had an affair with an employee of the franchise. Udoka was suspended for the entire 2022-23 NBA season after violating the Celtics’ code of conduct.

Nia Long, who has appeared in such films as Friday, Boyz N the Hood and Love Jones and on television opposite Will Smith on The Fresh Prince of Bel-Air, has yet to release a statement regarding her relationship status.

“We talk as a family, and it’s all about unconditional love, and that’s what she’s giving him,” Dorsey said. “We’re sticking by him 100 percent. Ime made a mistake. Every man needs another chance. Like the Bible says, the flesh is weak. He’s not a bad guy. Hopefully, he’s learned from this.”