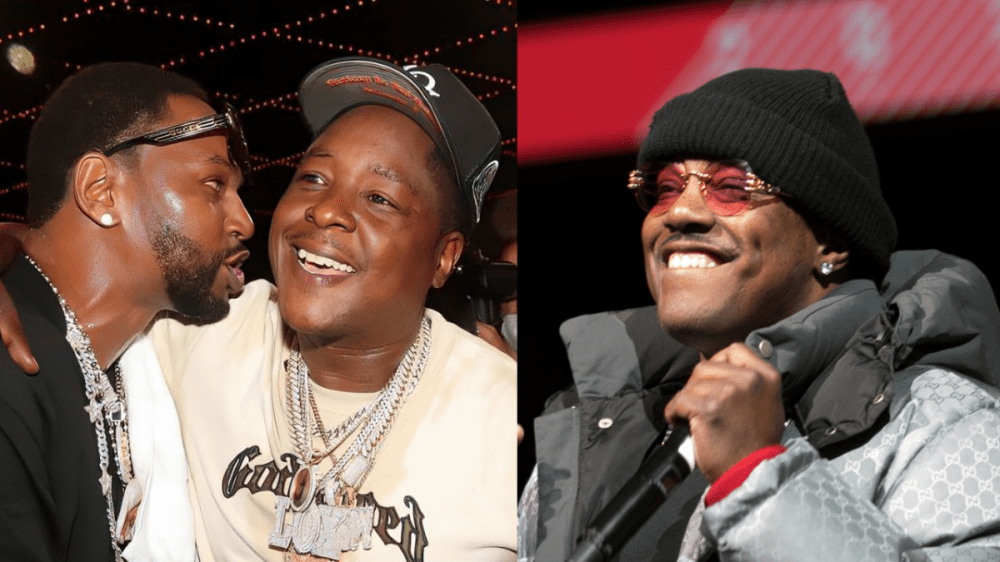 Cam’ron, Ma$e and Jadakiss have joined forces on a new song titled “G.L.H.” — check it out below.

The track was unleashed on Friday (October 14) and finds the New York rap trio getting their bars off over booming production. Killa steps to the plate first with a verse flexing on his competition.

“Still moving reckless / I’ll snatch you out of your Lexus / I’m moving blocks like it’s Tetris / A hundred thousand by breakfast / Praying the Lord protects us / God bless us / We make a profit, the cops they wanna stop it / The D.A., he trying to knock it / He passing the judge the documents,” Cam raps.

Kiss follows with an equally fiery verse, rapping: “Yeah, don’t let these n-ggas get the best of you / I need every penny so I’m bagging up the residue / Tell ’em ‘No’ and they gonna get quiet and think less of you / But I was rolling loud way before there was a festival / Don’t overreact, that’s them broke n-ggas testing you / They don’t even ask how many with us, they just let us through.”

Ma$e closes things out with a verse that opens with: “Now you know you TED Talking with a guru / I stay sticking dolls like I’m voodoo / Fresh off a jet, Honolulu with your boo boo / Talk spicy, let them soup you / I know out half of your noodle, n-gga.”

An explanation for the cancelation has yet to be given, but Ma$e seemingly pointed the finger at Diddy earlier this week amid his latest back-and-forth with his former label boss.

“It’s Time To Show People What Fearless Looks Like,” he wrote on Instagram while reacting to the axed shows. “‘No Matter What Happens, I’m Not Stopping Nothing That I’m Doing!’ So Y’all Can Cancel All of The Dates I will not apologize for what’s right! EITHER WAY I WILL BE PERFORMING SOMEWHERE!!!”

He added: “Also, to my #1 hater BTS make sure you pull up since your trying to stop everything I do BTS. We know what’s going on… but it’s not gonna work. Just setting me up for a bigger break! – Can’t Stop Won’t Stop.”