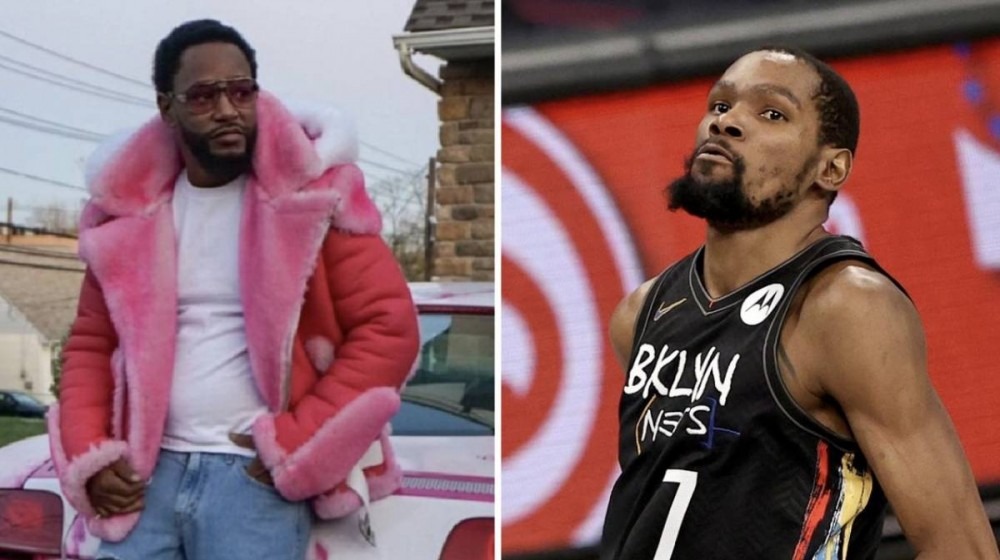 Playoff basketball is back in New York City and the vibe is electric. The New York Knicks suffered an early first round exit but Kevin Durant and the Brooklyn Nets are locked in a tough series against the Milwaukee Bucks. Kevin Durant has been balling out averaging 33 points per game, nine rebounds and four assists. He’s also shooting 52 percent from the field in only 11 games and New York Hip Hop legends are taking notice.

On Thursday (June 17), Cam’ron took to Instagram to show off the lavish, new gift he bought the Brooklyn Nets All Star. The gift was a large, iced-out Diplomats chain featuring the iconic Dipset eagle logo dripping in diamonds.

“Yo @easymoneysniper my bro @joeavianne from @aviannejewelers said ya chain is done family,” Cam’ron wrote in the caption.

Jim Jones chimed in the comment section declaring Durant earned the eagle for his superstar performance in the 2021 NBA Playoffs.

“[KD] got the city on his back,” Capo wrote. “He deserve the Eagle. He been Dipset.”

Cam and Kevin Durant have shared a strong friendship over the years. They’ve always praised each other and Cam penned a letter to Durant following his injury in Game 5 of the NBA Finals against the eventual champion Toronto Raptors.

“We live in a era where players put money, contracts and they’re health first,” Cam wrote. “(As they should) but just to see Kevin Durant take the floor last night was special. Now that he got hurt, some people are going to say he shouldn’t of played.”

He continued, “(You’re damned if you do, Damned if u don’t) Because of so much media (social, internet, television) the narrative changes every 2hrs … But u can’t please everyone all the time. And I just want to thank KD for trying to put forth a effort that doesn’t happen anymore.”

Kevin Durant is giving LeBron James a challenge off the basketball court with his Rolodex of rapper friends. He’s been featured in a music video with Drake, corrected Kash Doll on Twitter and even got a shoutout from 50 Cent on his recent investment in Coinbase. It won’t be a surprise if KD gets an executive producer placement like James and Kawhi Leonard have earned.