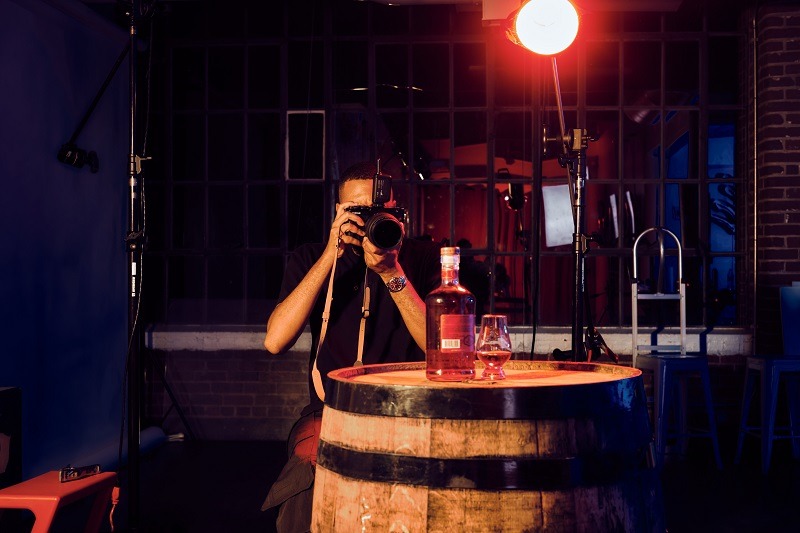 It was a no-brainer that BACARDÍ called on Cam Kirk to create its first NFT (non-refundable token). After all the renowned, Atlanta-based photographer has built a resume real enough for two millenniums.

He has worked with ATLiens such as Migos, Gucci Mane, Young Thug, T.I., and more, in addition to leading campaigns for Nike, Reebok and Beats By Dre, just to name a few.

Anything that Cam Kirk touches, turns to gold, while simultaneously redefining creative entrepreneurship and philanthropy in the process. His latest endeavor with BACARDÍ is no different.

“Cam was a natural choice,” says Lisa Pfenning, VP of BACARDÍ for North America. “He’s had an illustrious career…. and now, the NFT enables him to explore a new type of photographic medium in rum. There are clear synergies between our brand and Cam, formed by our shared desire to move people both physically and emotionally.”

The NFT launch embodies BACARDÍ’S “Do What Moves You” campaign, which launched back in 2018.

“The campaign is a driving force in each and every initiative that BACARDÍ creates,” says Pfenning.

The NFT, which will go on sale next month, will showcase BACARDÍ’s new Reserva Ocho Sherry Cask.

Fresh from his Clio Award-winning campaign with Reebok, starring himself, Cardi B and Shaq, the Maryland native recently celebrated the 4-year anniversary of “Cam Kirk Studios.”

With over 20 employees, the creative hub has produced platinum-certified album covers, notable brand campaigns and more. BACARDÍ’S first NFT was produced at “Cam Kirk Studios” as well. It has also served as a collaborative learning space for artists in the community.

Cam is intentional about philanthropic inclusion with each partnership.

“The goal is always to better the community around me,” he says. “This project is no different. The proceeds from this NFT will go directly to a partnership that BACARDÍ has with the NAACP, to support Black-owned community bars and restaurants. That’s the part that moves me the most.”

There could not be a better way to commemorate his 4th studio anniversary than by giving back.

Through his creativity and camera lens, Cam Kirk continues to impact lives with one capture at a time. The NFT will go on sale next month through a dedicated microsite for only two weeks. The recipient will also receive an autographed case of BACARDÍ Reserva Ocho Sherry Cask Finish.