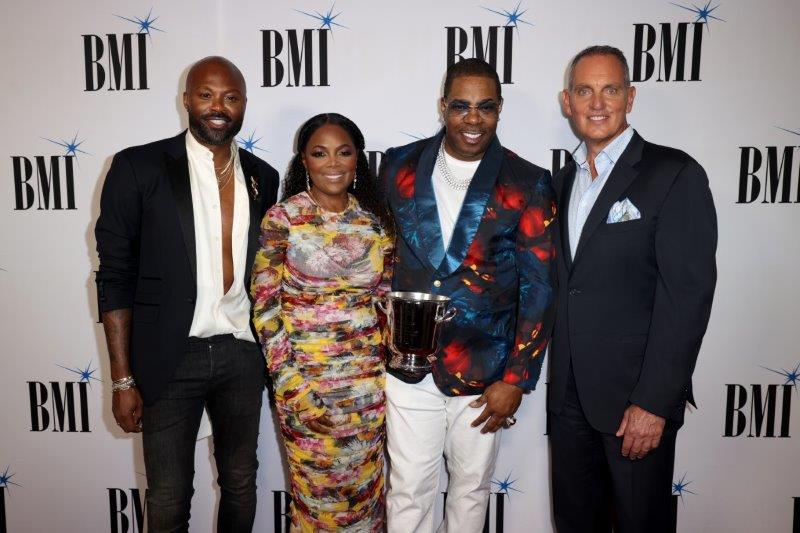 At its 2022 R&B/Hip-Hop Awards ceremony, held at LIV Nightclub Miami Beach, BMI (Broadcast Music, Inc.) honored the finest in R&B and Hip-Hop. Busta Rhymes was recognized as a BMI Icon for the lasting and distinctive impact he has made on the music business and on subsequent generations of music producers.

The top 35 pop songs by BMI that received the most airplay in the United States the previous year were also revealed, along with the R&B/Hip-Hop Producer of the Year, Song of the Year, Songwriter of the Year, and Publisher of the Year. BMI President & CEO Mike O’Neill and BMI Vice President, Creative (Atlanta), Catherine Brewton hosted the exclusive event.

DJ Nasty kept everyone on their feet with sets throughout the evening, while DJ Khaled welcomed the crowd and started the party. The music continued with Nigerian singer-songwriter and producer Pheelz playing “Electricity” and his viral hit, “Finesse,” as well as soul trap artist and rapper Morray performing his popular songs “Bad Situations” and “Quicksand.”

“Peaches,” written by Daniel Caesar, GIVON, Bernard “HARV” Harvey, Luis Manuel Martinez Jr. (Shndō), and Andrew Watt, was named Song of the Year. Producer of the Year was awarded to D’Mile for his work on Silk Sonic’s “Smokin’ Out The Window,” Drake and Travis Scott’s “Fair Trade,” and “Skate,” “Leave The Door Open,” and “Skate.” Megan Thee Stallion and Christopher “YC” Pearson, two successful songwriters who each contributed to three of the most popular songs, tied for Songwriter of the Year.

Busta Rhymes was named the BMI Icon for his “defining impact on hip-hop and for teaching the next generation of musicians” by O’Neill as the evening came to a conclusion. Before winning his prize, a video homage was played, featuring some of Rhymes’ well-known contemporaries, including Mariah Carey, Lil Wayne, Missy Elliot, Janet Jackson, and Fat Joe. Then, Pharrell Williams was invited to the platform and talked about his longtime friendship with Rhymes.

“We’re all blessed with this gift. It’s one thing to identify with the gift, it’s another thing to believe in it once you identify with it,” Rhymes said. “The most beautiful part about it is I earned this… I’ve never been celebrated as an icon before, but I never had to question whether I was one.”

Busta would close the ceremony by performing classic anthems like  “Break Ya Neck,” “Scenario,” and “Put Your Hands Where My Eyes Could See” with longtime friend and collaborator Spliff Star and DJ Scratchator. Pharrell would join Busta Rhymes for a performance of “Pass the Courvoisier.”