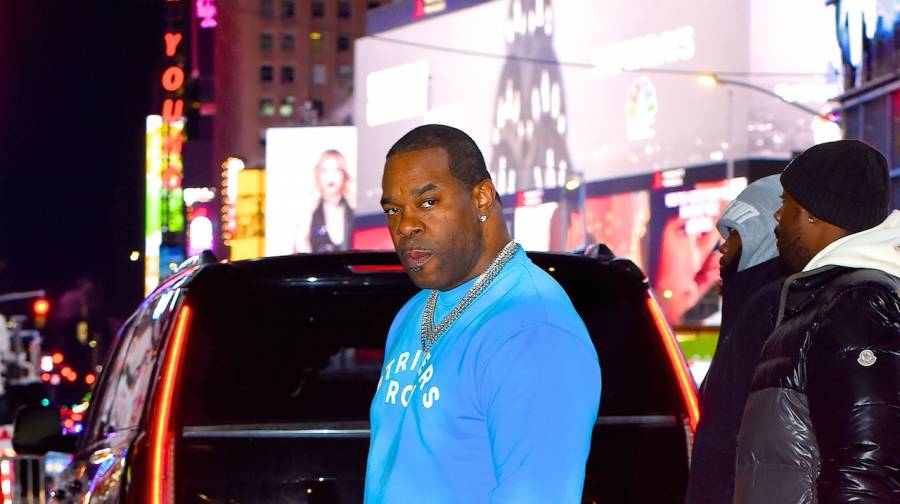 During Busta Rhymes’ more than three decades in Hip Hop, the veteran rapper has seen and been around numerous culturally relevant moments. In a recent interview with GQ, the former Leaders Of The New School member goes on a trip down memory lane and remembers how a particular beef between 2Pac and Busta’s Native Tongues brother Q-Tip came to be.

The issues between the two came to ahead at the 1994 Source Awards when A Tribe Called Quest were accepting the award for Best Group. As Busta tells it, the feud started over a miscommunication.

“Tupac actually started performing in the middle of Tribe’s Best Group of the Year acceptance speech,” Busta explained. “Maybe it looked like he was disrespecting them because ‘Pac had already had his reputation of being a loose cannon. But the truth is, the stage production manager wasn’t communicating with the talent coordinator that was downstage. So while Tribe was doing their acceptance speech, the stage production manager pressed play on Tupac’s DAT tape. ‘Pac ain’t hearing the acceptance speech clearly, he’s backstage focusing on his performance.

“They press play, he goes out there, and it just looked like he was dissing Tribe in front of an audience full of people — celebrities, executives, fans, so it looked like flagrant Tribe disrespect. ‘Pac gets off the stage and Tribe was in there heavy with Zulu Nation and they put the pressure on ‘Pac. Fortunately it didn’t lead to no blows, but they didn’t walk away from that situation really resolving anything.”

Busta and Pac were often around each other in Los Angeles while Busta was filming Higher Learning. As the two continued to interact, Busta was asked to play mediator between ‘Pac and Q-Tip, given his history with the A Tribe Called Quest leader.

“I got him and Tip on the phone, and they spoke,” Bus-A-Bus said. “They had an incredible, beautiful conversation, and I think at the time, Donnie Simpson was still on BET. And they wanted to do a public truce and it never happened.”

Elsewhere in the interview, the Flipmode Squad leader shares stories about The Notorious B.I.G.’s marketing process surrounding Ready To Die, how Q-Tip wanted a super label with Busta, Consequence, D’Angelo and Mos Def, how he manages his unmistakable voice and more.

The NYC veteran has been gifting the world valuable lessons following the release of his Extinction Level Event 2: The Wrath of God album. In a lengthy Drink Champs conversation with N.O.R.E. and DJ EFN, Busta made a not-so-subtle statement in regards to rappers having ghostwriters and where they would place in any mythical best of all-time list.

“The way I was raised, number one, you could never be classified as Top 10, Top 5, or top anything if you had assistance with your pen,” Busta told the Drink Champs crew around the 3-hour and 47-minute mark. “Period. You automatically disqualified, I don’t give a fuck how great you think you are. That don’t make you any less of a dope MC. Not it doesn’t. You can still be dope. Niggas are still more than capable of writing their own shit but they have to stick to the script of writing their own shit.”

He added, “Once you get an assist with your pen … it’s like Lance Armstrong. Once you get an assist that ain’t coming from an organic place? That disqualifies everything. The same rules apply. I’ve never said a word out of my mouth that was written by another man. In my entire 29-year career.”