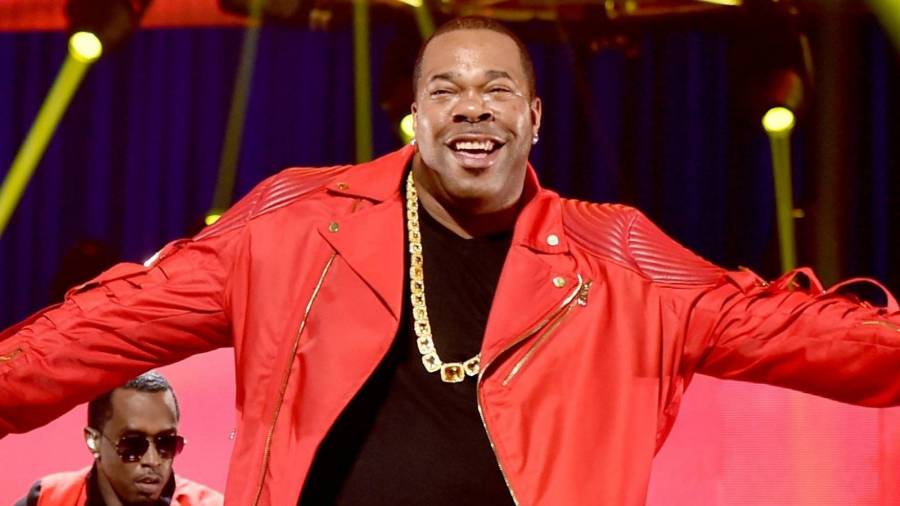 Busta Rhymes will unleash Extinction Level Event 2: The Wrath of God at the magical hour of midnight EST on Friday (October 30). Ahead of its release, the veteran Hip Hop artist shared the Kendrick Lamar-assisted single “Look Over Your Shoulder” on Thursday morning (October 29), which coincided with his interview with Apple Music.

During the conversation, Bus-A-Bus told host Zane Lowe about the making of the song and how he got his hands on the original 16-track multi two-inch tape reel of the 1970 Jackson 5 classic “I’ll Be There.”

“The incredible coming together of this record was a true magical experience,” Busta says. “It started off one time with me being stuck in the studio, in Quad Studio, in Manhattan in New York. I had gotten a batch of beats from Nottz, who produced this track, and he’s been significant in a lot of the production for all of my solo albums.

“But he had given me this batch of beats probably five, six months before I actually even listened to it because I get so many beats from Nottz that sometimes I don’t get around to listening to all of his shit, this beat in particularly, I didn’t really even realize I had this sitting in my hard drive because I downloaded it, put it in the hard drive, but I just never listened to it.”

“So I was like, ‘Fine. I’m going to stay in the studio tonight.’ I stumbled on the beat. When I looked at the date of when I got the beat from Nottz, I couldn’t believe that I had this sh-t so long the whole time. So I ended up putting a verse on it. I sent it to Kendrick. Kendrick bodied the verse, sent it back.”

“Look Over My Shoulder” is the first time fans got to hear Kendrick rap in 2020. He opens the song with, “I wrote my first bars in the car with Stacey/How bizarre, my battle scars at large would lace me/Big marbles, n-gga/I lead this new generation, boy/Don’t argue with us/Marvelous beat selectors, authors and novel spitters.”

“I got to big-up Kendrick, I got a big-up Top Dog, the whole TDE family,” Busta adds. “I got to thank all of the people that was involved with clearing this shit for me and giving me their blessing on being able to use this. And it just was unbelievable, and incredible, and just profound for me to be blessed with this gift.”

Elsewhere in the interview, Busta admits releasing the album is “nerve racking like a muthafucka” but implores his fans to listen to it front-to-back in order not to miss the magic of the project.

“It’s crazy for me, because I come from the times where you buy the CD, you buy the cassette, you buy the vinyl,” he explains. “You know what I’m saying? Even though iTunes is still happening, you still downloaded an album and listened to this shit in its entirety, man.

“And now it’s like, you put all of this work into your shit, and you just hope that people receive it in the body of work that you are sharing it with them in, from top to bottom. I know people, at some point, they’re going to pick the sh-t apart. You’re going to take this one song and stream this one song and stream that song. But I really want people to understand how much you do yourself an injustice by not listening to the cohesive body of work from top to bottom without skipping the shit. You know what I’m saying?”

ELE 2: The Wrath of God serves as the follow-up to 1998’s ELE: The Final World Front and boasts features from Bell Biv DeVoe, Q-Tip, Mariah Carey, Rakim, Pete Rock, Rick Ross and more. Listen to “Look Over My Shoulder” above.