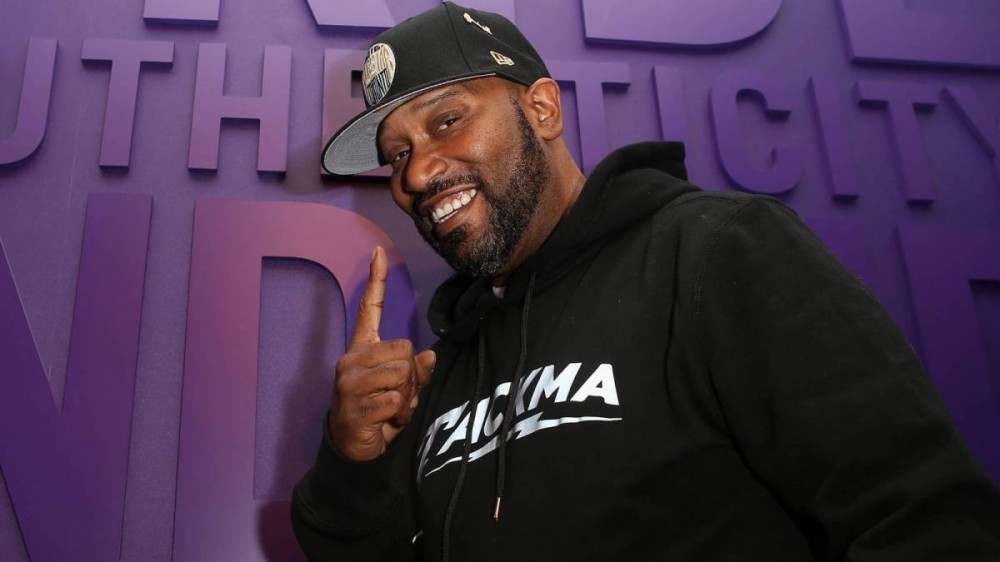 Bun B launched Trill Burgers in Houston last August, which specializes in the thin, crispy-edged smashburgers popularized in California. It was a dream come true for the Trill OG. As he wrote on Instagram at the time, “For years I’ve been fascinated with the culinary scene, trying to find the best entry point for me. Today I can say I’ve found it.”

Just under a year later, Bun B’s dream is now a reality, and Trill Burgers will descend on Queens August 6. During a recent interview with HipHopDX, Bun B talked about how the idea came together and what the actual setup will look like.

HipHopDX: How did the Trill Mealz Food Court come together?

Bun B: Well, I’ve been working with LL COOL J on a Rock The Bells show called the “2 Trill Show.” I was asked to contribute to a day of celebration for DJ Premier and I was like, “Hey, if you guys ever looking to do something built around the South, let me know.” And they were like, “Well, we’d like to, but we didn’t really know who to partner with. Would you want to do it?” And I was like, “Well, unless I can think of someone better to do it, I guess I have to. [laughs].” And so we’ve been together for more than a year now. And LL has graciously reached out to me, as a representative of the station, to do other things. I was just looking for ways that I could bring what I’ve been doing to the table with what they’re doing.

And when I saw they were doing the Rock The Bells festival August 6, I was like, “Man, I wonder if I could bring my burgers up there.” So I reached out and I asked about what they were doing for food. And they were like, “We really haven’t thought that out yet.” And I was like, “Well, I’d love to bring my burgers,” but I was like, “I have a concept if you guys are open to it.” And I approached them about the Trill Mealz Food Court and bringing in different artists who were engaged in the food space and they loved the idea and helped me flesh it out. What was just an afterthought is now a full on, living and breathing thing that people will be able to see at Forest Hills on August 6 at the Rock The Bells Festival.

HipHopDX: You have Nas, E-40, Jadakiss, Styles P, Ghostface Killah and Mia X. Are they going to be on-site for this or will they just be having their people run it or will they make appearances at the Food Court?

HipHopDX: That’s exciting. That’s going to be so fun for fans. Do you that at your Houston restaurant?

Bun B: That’s what I do. I’m not necessarily in the back of the kitchen, the team’s in the kitchen. So I typically will be in the front of house. And yeah, that’s what I do. I bag up orders and hand them out to people. I try to make sure as many people as possible get their Trill Burger from me personally. That’s while I can manage that.

HipHopDX: Can you tell me a little bit about your background in culinary arts and how you got started in that as well?

Well, obviously I’m a big boy, so I’ve always been a fan of food. A friend of mine and I started a food blog a little more than 10 years ago called You Got To Eat This, my friend Premium Pete from Brooklyn. We met in other things, but we bonded over food. And so even locally, in the city, I’ve been a big proponent of food trucks and trying to direct people to different great places to eat. Right now, Houston is the culinary center of the world. There’s so many great things that are happening. Between Houston and Copenhagen, I don’t know if you can find many more incredible food concepts right now.

And that just grew and grew. And eventually I was like, “Well, I definitely would like to move into the food business, but I’ve got to find something that makes sense.” And so the burgers being presented to me was something that was very easy to execute, very easy to scale up. It didn’t require a lot from me but also not as much from the staff. It’s a very minimal concept, but we can execute it consistently, which for me is the most important thing. And I’m excited about the future for the brand, but I’m very excited to bring these burgers to Rock The Bells for sure.

The Trill Mealz Food Court lineup hosted by Bun B at Rock The Bells Fest… https://t.co/wGXTBpczcZ via @YouTube

HipHopDX: Yeah, this is like an added bonus on top of the incredible lineup. By the way, you don’t look like a big boy to me. I think you look great. You’re still doing your thing. I struggle with that as well though. Not going to lie, I’m up in the gym at least four times a week, trying to work on this thing.

HipHopDX: [Laughs] We do what we can. So I guess in terms of the festival itself, who are you most looking forward to seeing live and connecting with?

Bun B: I’ll be honest. Typically when I see New York artists, they’re my way. I’m very excited to see the Dipset response in New York. To see N.O.R.E. in Queens, I think is going to be amazing. And also to see the reception of people like Scarface in New York. That’s going to be very interesting because he’s pretty well loved everywhere. Rick Ross. It’s going to be a really great night for people. Obviously to see Roxanne Shanté, the OG, in the building as the host.

I’m just happy to be a part of this collective. I would love to see this thing potentially go around the country and maybe around the world because I think it’s a great representation of how that diverse Hip Hop culture is and how extensive the culture goes. So to have this assortment of Hip Hop legends, along with food brands, from other Hip Hop legends, that’s literally — and I hate to use a bad pun — but it’s the cherry on the top.

Check back with HipHopDX soon for Part II of the Bun B interview. In the meantime, find more information about the Rock The Bells Festival here.