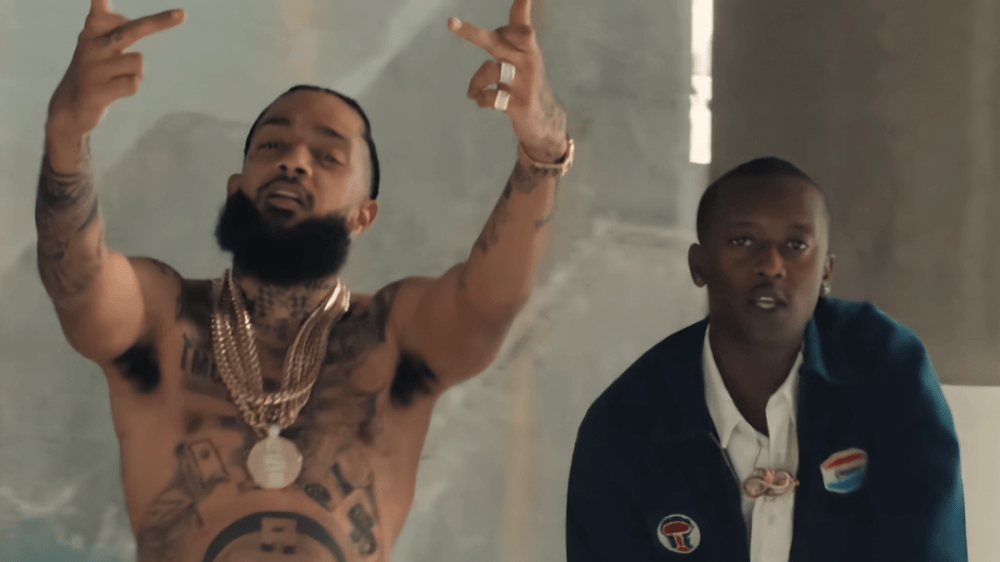 Los Angeles, CA – Buddy was one of Nipsey Hussle‘s closest collaborators before his untimely death in March 2019, appearing on all three installments of his “Status Symbol” series. But their bond extended beyond the booth in sometimes hilarious fashion.

During a recent interview with Home Grown Radio, the Compton native reflected on his relationship with Neighborhood Nip and recalled the time they had a “lean fight” in the car on their way home from a Las Vegas trip.

“I remember one time me, Nipsey and BH [Nipsey’s friend and artist] went to Vegas randomly. We drove there, we had a great time; we’re headed back [to L.A.] from Vegas, these n-ggas had a lean fight in the car!” he remembered. “I don’t know who [started it], it might have been Nipsey to throw some water, like ‘Eurgh. Splash!’ [His security guard] J Roc was like, ‘Hell no!’

Buddy also spoke about his experiences working with Nipsey Hussle, who he met through production duo Mike & Keys, and how their “Status Symbol” collaborations came about.

“It’s different moods,” he said. “I feel like ‘Status Symbol 1’ was work mode. This n-gga was locked in trying to make songs and he called me in like, ‘Aye, I need you to do this hook. Just do whatever, you got it.’ And then the second one was like, ‘We need to run this back, bro, you hard.’

“And then the third one, that was my song, I made that song for me. I left the verses open because I was going to come back and rap on it. I got out the shower and Mike called me like, ‘You made the album, bro. Victory Lap. You on there.’ I’m like, ‘Huh? What are you talking about?’ I pull up to the studio, this n-gga got two verses!”

Despite his shock at having his song unexpectedly swiped, Buddy was grateful for the opportunity. Nipsey’s Victory Lap would go on to be nominated for Best Rap Album at the 2019 Grammy Awards, while “Status Symbol 3” ranks as Buddy’s most-viewed video on YouTube with over 41 million plays.

“I was like, ‘Bruh, I really appreciate this, thank you,’” the 28-year-old remembered. “We shot the video, it was awesome.”

Nipsey Hussle and Buddy’s “Status Symbol” series may not be over yet, with the Harlan & Alondra MC hinting at the arrival of a fourth song.

“It’s a fourth one out there somewhere, y’all just gotta wait,” he teased. “I’m working on sum’n postpartum.”