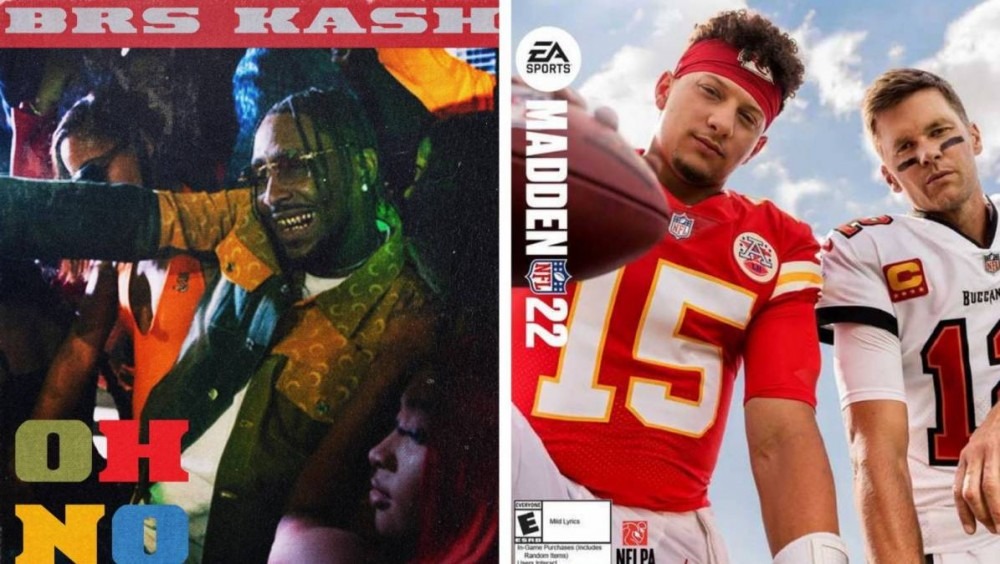 “Throat Baby” rapper BRS Kash has plenty of musical tools in his studio skillset and his recently unleashed “Oh No” is the latest display of his talent.

The Murda Beatz-produced record originally premiered in the trailer for Madden NFL 22, albeit a clean version as the league always looks to hold onto some sort of fan-friendly image. Its infectious sample comes courtesy of The Shangri-Las’ 1964 record, “Remember (Walking in the Sand).”

“Y’all Know I Couldn’t Let The Theme Song For #Madden22 Stay Clean,” BRS Kash teased on Instagram. “Had To Make It Dirty You Know How I Get “OH NO” Drop At Midnight.”

In a year where MoneyBagg Yo, J. Cole, Pooh Shiesty and other albums have reigned supreme, the LVRN/Interscope Records artist has managed to do alright for himself in his rookie season all the same. His career-breaking, platinum-selling hit, “Throat Baby (Go Baby),” has amassed nearly 600 million global streams alone and his debut mixtape Kash Only peaked on the Billboard 200 at No. 98.

In a February 2021 interview with HipHopDX, BRS Kash spoke on his traction and indicated he was serious about making an impact within the rap game — in addition to the video games.

“I’m doing something right as an artist,” he told DX at the time. “It’s telling me that I’m touching people day by day, and it’s something that I always wanted to do. It shows that I’m having some type of influence on people, and I love it. I just want to spread my wings in the music industry.”

Check out the explicit version of BRS Kash and Murda Beatz’ “Oh No” below.