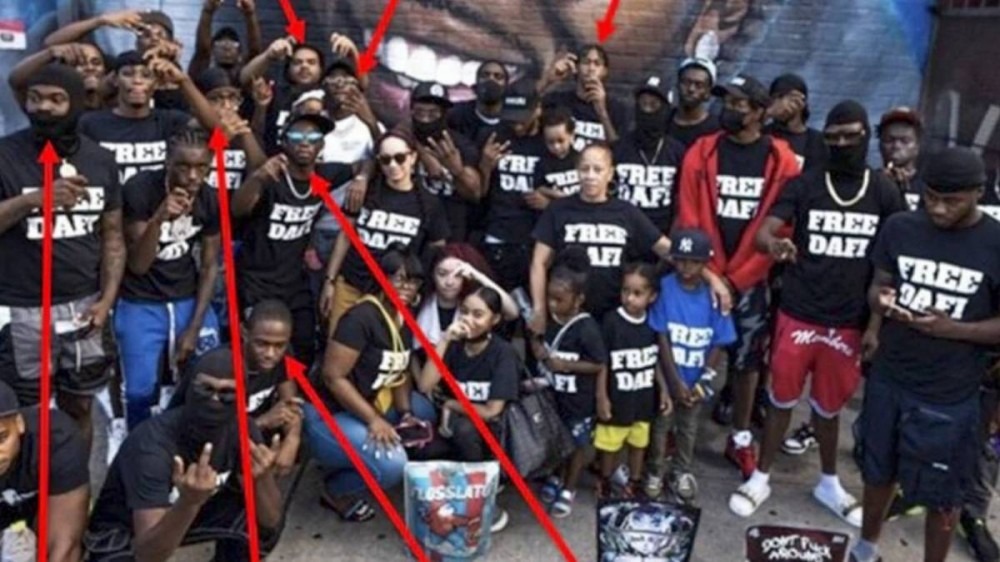 Brooklyn, NY – Nearly 12 men associated with the Woo Gang based in Brooklyn have been taken into custody in connection with a massive unemployment fraud case.

According to the New York Post, 11 suspects, nine of which who lived in Brooklyn, were arrested and charged on Thursday (February 17), for allegedly stealing $4.9 million in COVID-19 unemployment relief funds.

Details of the criminal case being brought against the individuals allege the gang members of using “Personal information, including driver’s license numbers from 800 people to submit unemployment claims worth about $20 million,” between the months of March 2020 and October 2021.

Authorities in the Eastern District of New York claim the Woo Gang members used funds from the scheme to purchase lavish gifts and flaunt cash in the video for a single called “Trappin” which has now become a piece of evidence in the case.

Federal prosecutors purportedly caught the Woo Gang for referencing their fraudulent multi-million dollar activities in the lyrics of the song, which includes the line “Unemployment got us working a lot.”

The unemployment fraud case with the Woo Gang members adds yet another gloomy cloud to the stormy atmosphere surrounding Drill rap music in New York. At the beginning of the month, Tdott Woo, Brooklyn Drill rapper and close affiliate of the late Pop Smoke, was fatally shot less than 24 hours after his fellow rap artist Nas Blixky was shot in the head.

Newly-elected New York City Mayor Eric Adams even tearfully issued a call to action to have Dill rap music banned from social media following the murder of  Bronx Drill rapper C-Hii Wvttz, who was shot down in his car upon leaving a recording studio in Bed-Stuy.

Though prominent rappers from the scene such as Fivio Foreign and B-Lovee recently met with Mayor Adams to have a serious discussion, The Daily Show host Trevor Noah took it upon himself to provide the general public with the history of the evolution of Drill music throughout the last decade.

During the report, Trevor Noah remarked on the dangerous counter-narrative that rap subgenres, such as Drill music, are making the streets more dangerous.

“You can totally understand where all of these people are coming from,” Noah said. “They feel like the rap is making the street more dangerous, but don’t forget, don’t forget this is an argument that we’ve heard about rap music for decades.”

Check out the full segment below.