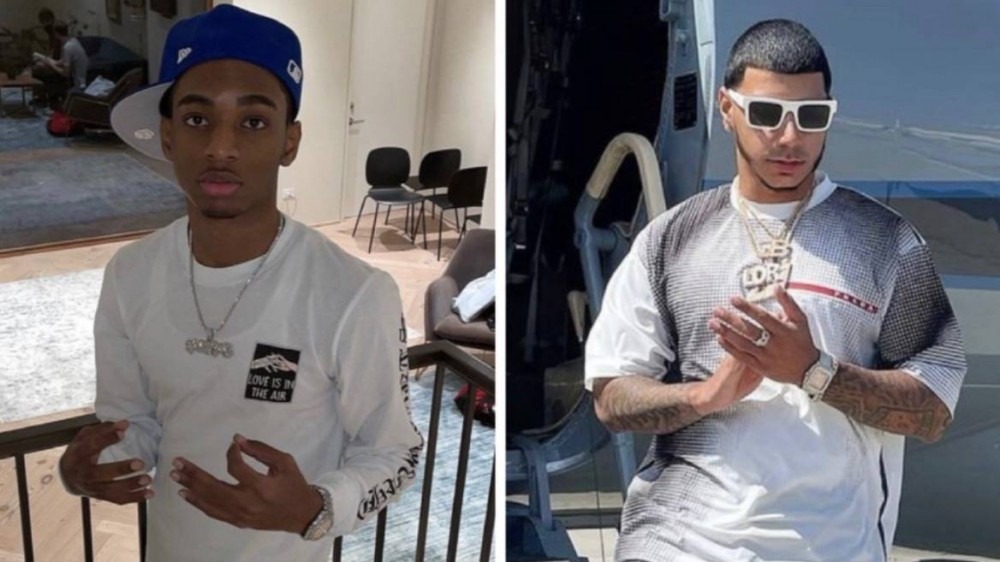 Brooklyn rapper Bizzy Banks is not too happy with CJ at the moment. Over the weekend, Bizzy took to his Instagram Story to air out CJ for allegedly copying off him.

“That CJ n-gga need to give me my credit no cap,” he wrote in the story. “N-gga jacking my lingo & flow I’m tired of not getting the recognition I deserve. I started this new wave of drill rap let’s talk about it.”

Akademiks reposted Bizzy Banks’ story and put his “Neo” and “Don’t Start Pt. 2” tracks side by side with CJ’s “Hit Up” and “Slide.” The result raises some flags and support Bizzy’s claims. Not only do the four records sound alike in production, but the rhymes and flow are eerily similar.

On “Neo,” Bizzy raps, “Can’t fuck with no bitch that’s basic/Look at my swag the drip is contagious/I call up grace the face is amazing.”

CJ uses a comparable flow of words on the chorus to his track “Hit Up” where he says, “Can’t fuck with no ho that’s basic, uh/I used to run up checks and really break it/I told that bitch just taste it, uh/Look at my face and tell me it’s amazing.”

With “Don’t Start Pt. 2” Bizzy raps, “Slide/Hop in the V, let’s go for a ride/Like, pride/Don’t lose your life tryna trip over pride.”

Interestingly enough, the chorus on CJ’s “Slide” goes, “Slide (Slide)/She said she feelin’ a vibe (Vibe)/I told her, jump in the ride (Skrrt).”

CJ has yet to respond to Bizzy Banks’ claims, and he probably won’t, given this isn’t the first time he’s dealt with something of this nature. CJ has been dealing with critics calling him a culture vulture and ripping off New York Drill artists like 22Gz and the late Pop Smoke since he blew up in Summer 2020 thanks to his hit single “Whoopty.”

Before releasing “WHOOPTY,” CJ’s music was more melodic than the hefty New York drill sound heard on his breakout song. People like 22Gz have dissed CJ, questioning his street ties, along with fans who have labeled him an industry plant.

During an interview with Ebro Darden for Apple Music, CJ finally had an answer for everyone who has been trying to test him over the last few months.

“There’s no response. I don’t pay that no mind,” CJ told Ebro about all the hate he’s getting. “Everybody got an opinion, you can’t satisfy everybody. I’m gonna keep doing what I do, and elevating, and perfecting my craft. I don’t really pay no mind to what the internet’s saying. I’m good on this side.”