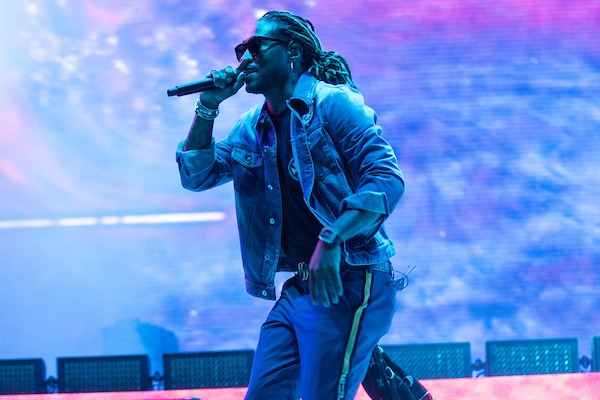 The Unicorn Universe founder posted screenshots of the rapper allegedly texting their son “your mother is a hoe” and advising him to ask his mother to buy him clothes to go back to school.

Mealy claims the HNDRXX rapper’s response is a result of him declining to have sex with him and only co-parent.

“I DO NOT PLAY ABOUT MY KIDS!” she wrote. “I’m a mother first and always [going to] stand up for mine!”

Mealy also accused Future of not seeing their son for months although they live in the same state.

The “March Madness” rapper has coined a few popular catchphrases and he might’ve did it again with this dismissive response. “Pray for her,” he tweeted to his nearly 7 million followers.

Future’s mother even came in defending her son. “It’s sad when ppl can’t get their way so they turn to social media for attention,” she said in a Story update. “No matter how much you give a person it’s never enough.”

But Brittni wanted all the smoke with Mama Hndrxx and told her to “shut up” and claimed that she defended her behind closed doors.

The controversy with Brittni Mealy isn’t the first time Future was called out by a woman he shared a child with.

Eliza Seraphin was engaged in a lengthy legal battle with him trying to prove paternity for her daughter. Although the results proved what she has been saying all along, Future wasn’t happy about her publicly celebrating her win in court.

“Teach these hoes how to keep they business off the internet,” he tweeted, adding, “U run to the internet.”