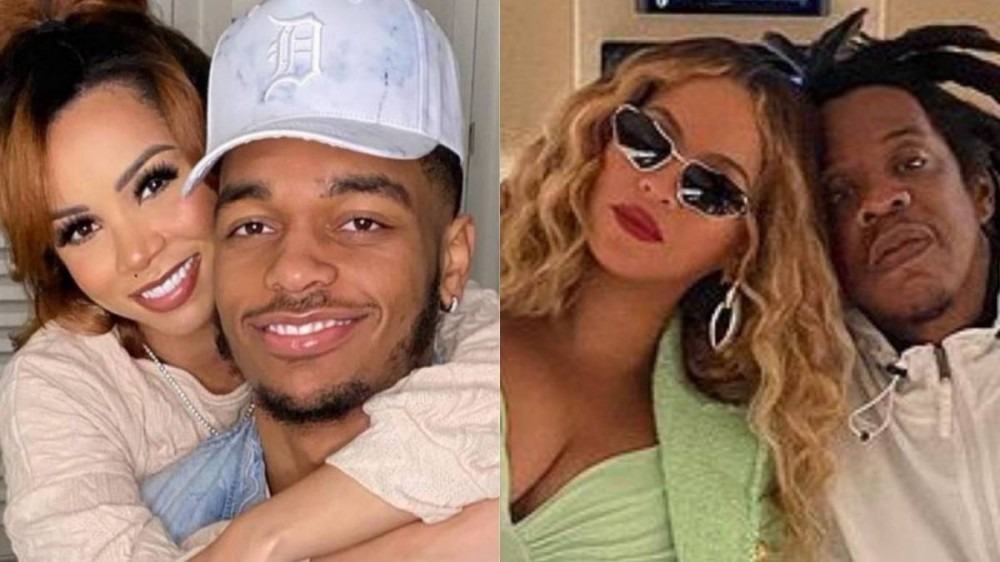 Lil Uzi Vert’s former girlfriend Brittany Renner is attempting to use Beyoncé and JAY-Z’s relationship as a means to stave off claims she groomed NBA player PJ Washington, her 22-year-old ex-boyfriend.

During her recent appearance on DJ Akademiks’ Off The Record podcast, Brittany claims men need to take responsibility for their actions, alluding to the fact that her relationship with Washington was completely consensual.

Shortly after she attended a basketball game at Kentucky University in 2019, Brittany Renner and PJ Washington began dating and went public with their relationship in 2020.

Brittany pressed on further, zeroing in on double standards and the countless rumors that allege she fooled PJ Washington into having a baby with her.

“So please stop playing this victim narrative. If you wanted to just fuck me and say, ‘Oh she’s trophy pussy I hit Brittany Renner,’ that’s that. Why did we have a baby? Our baby’s name is Paul Jermaine Washington III. Does that sound like an oops baby? Does that sound like someone who has been bamboozled? You asked me to move in with you. You asked me to have your child at 22-years-old. And here we are.”

While on the topic of grooming, the 29-year-old Instagram influencer also compared the age difference between the Charlotte Hornets hooper and herself to the age gap between HOV and Queen Bey.

“I was I thought that was my guy,” Brittany said in response to Akademiks about whether or not she wanted to marry PJ. “And I don’t know why it’s so hard for y’all to believe that. In my mind it’s crazy to me the age gap between JAY-Z and Beyoncé, the age gap between Lori Harvey and Michael B. Jordan — it’s crickets.”

Though it may seem inconceivable, Brittany Renner does has somewhat of a point, concerning the differences in age between JAY-Z, who at age 51 is 11-years Beyoncé’s senior. Michael B. Jordan is also coincidently 11-years older than Lori Harvey, adding yet another stake to Brittany’s argument.

Critics initially spoke out against Brittany Renner’s relationship with PJ Washington while she was 26 and he was 19-years-old attending Kentucky University in 2019.

Aye see nah this is weird Brittany Renner was preying on pj Washington he was 18 playing at Kentucky she was 26 about to be 27 tf does a 27 year old have in common with somebody who just graduated high school 😭🤦🏿‍♂️ pic.twitter.com/AIcucuS8py

West Coast rapper Symba also roasted Brittany Renner during his BET Cypher freestyle by claiming she took the spotlight off of Breonna Taylor with her antics.

The grooming scandal between Brittany Renner and PJ Washington may have caught the attention of Dreamville head Honcho J. Cole, who kept it extremely brief with Brittany this past weekend following his set at Rolling Loud New York.

After nearly walking directly by, Cole doubled back to literally just to say, ‘What up,’ before getting out of dodge quickly as Brittany Renner cackled like an evil antihero making an alliance with one of Hip Hop’s main protagonists.

Back in August, PJ Washington tweeted, “I just want to see my son,” amid reports that he and Brittany Renner are deadlocked in a custody battle over child support.

Several unconfirmed reports from outlets such as TMZ allege Washington was ordered to pay $220,000 monthly in child support over the next 18 years.

Though no figure has been officially confirmed by Brittany, PJ wrote, “Stop the cap” in another tweet, seemingly in response to the rumor.