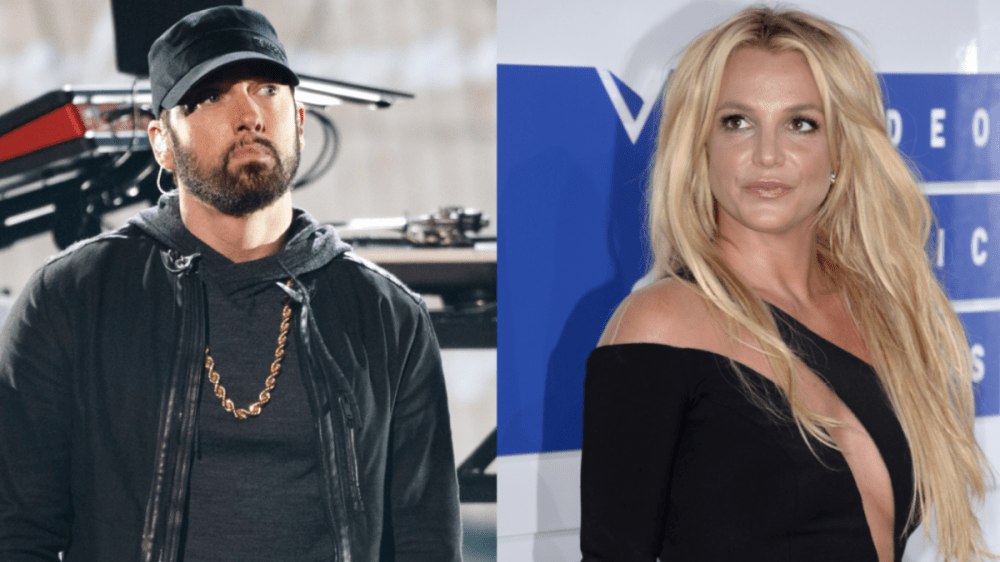 Los Angeles, Ca – Like most Hip Hop fans, Britney Spears only wanted the West Coast rap celebration to go longer than the brief halftime stint during Super Bowl LVI. Sunday’s (February 13) entertaining showcase brought the inner-child out of the pop star as Eminem’s performance made her “feel 17 again.”

“Wow  !!! Eminem last night at the Super Bowl … he should have had way more time,” she proclaimed.  “He was everything to me when I was younger and it was so weird in the first two seconds I saw him on stage last night I felt like I was 17 again !!! It’s honestly kinda scary how certain artists and music can do that … we are so lucky to live in a world  where music can give us hope … identity … acceptance …and love.”

Eminem hit the stage taking a knee in support of embattled former NFL quarterback Colin Kaepernick and then performed his 2002 hit single “Lose Yourself” after Dr. Dre and Snoop Dogg kicked off the show with their West Coast flair.

Britney Spears and Slim Shady haven’t collaborated in an official capacity, but he has name-dropped the “Toxic” singer on tracks such as 2004’s “Ass Like That,” 2000’s “The Real Slim Shady” and dissed her on The Marshall Mathers LP‘s “Marshall Mathers.”

Em claimed he was “on a mission to destroy teen pop acts” on his way to topping the charts at the turn of the millennium. He even dressed up as Spears in her school-girl outfit from the video to her No. 1 “…Baby One More Time” smash hit for his “The Real Slim Shady” visual.