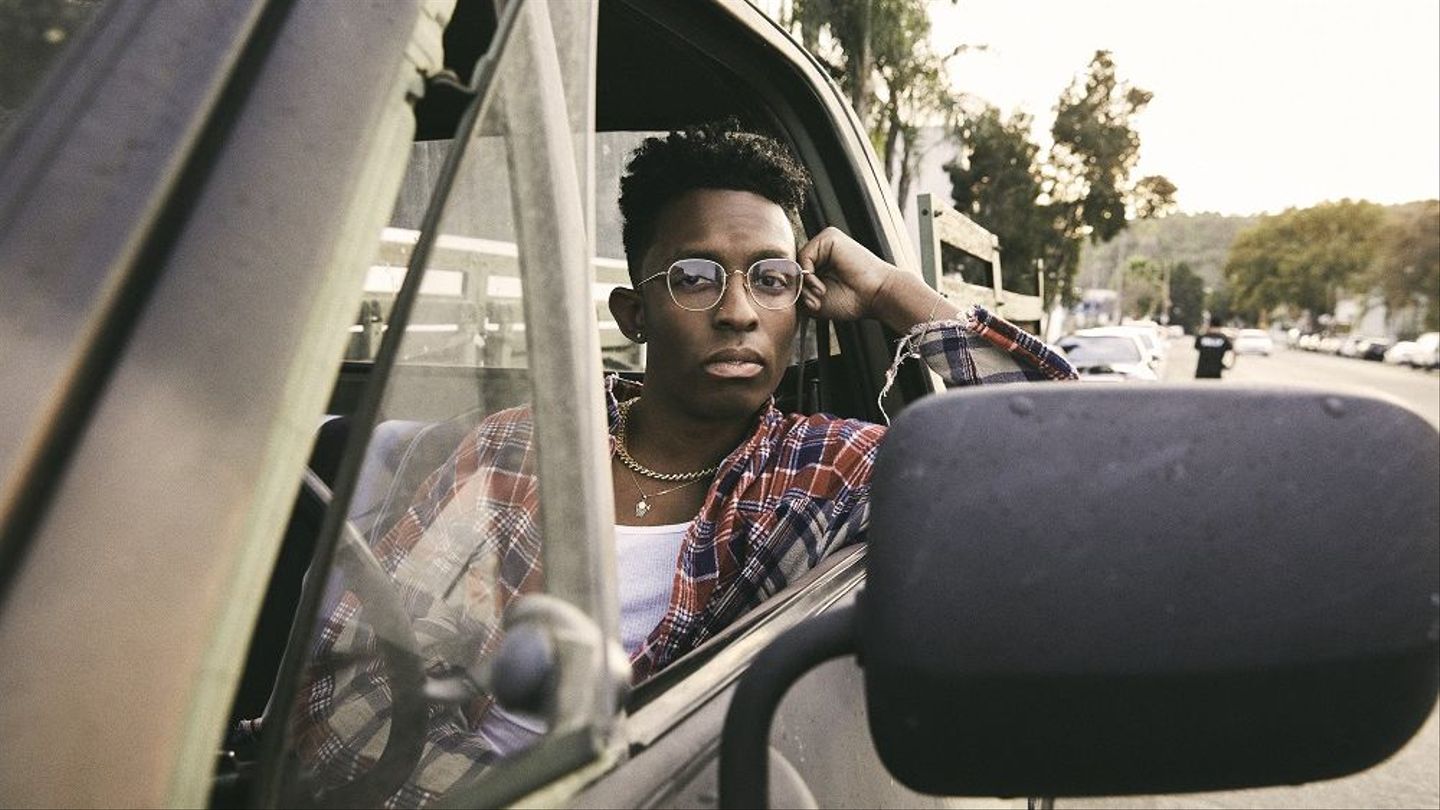 He might've started behind the scenes, but Breland's country-rap/R&B prowess is now front and center. The chameleonic songwriter and powerhouse vocal talent is the artist behind the infectious hybrid viral hit "My Truck," a point of pride he makes clear early in the video when, grinning a prankster's smile, he pushes a cowboy lip-synching his song out of the frame. This cheeky introduction is compounded by the fact that Breland didn't even set out to make the twang-gilded hip-hop tune his own debut. "I didn't go into the song thinking, this is going to be my breakout single," he told MTV News. But it happened; now it's got 15 million views. As we well know by now, a looped guitar pluck over big trap drums can have that kind of power.

Now, the 24-year-old artist is using that stylistic harmony as a blueprint for further success. Case in point: His debut self-titled EP, which dropped on May 22, spans "My Truck" (as well as its remix with Sam Hunt) and spiritually similar follow-up singles "Horseride" and "Hot Sauce," not to mention a crowdsourced collab and two late-night musings. He's chasing a thread — or a runaway horse. "I want it to feel like the love child of Atlanta and Nashville," Breland said of his first project.

That might be a fitting summation of Breland's style, if not Breland himself. He grew up singing in New Jersey, in the family church where he learned to fit his voice into a larger vocal patchwork. That training is on full display throughout the EP — his falsetto on "Beautiful Lies" climbs to the rafters before disappearing in a plume of skylight — but it also manifests in real time on Instagram. Breland has fun on his page, showing his 82,000 followers how to emulate Drake, turn Dixie Chicks's country-pop into R&B, and give praise to his idol Stevie Wonder. They're all flexes, but he flashes them with a bright smile that belies a studious work ethic.

His now-trademark style-hopping also explains his past experience working as a songwriter for artists like YK Osiris and Elhae, as well as his nickname, "The Pen Point Guard," referring to his ability to pass winning melodies off to the right artists. "My Truck" might have been passed along, too, if Breland hadn't been feeling himself in the booth.

"Trying to get somebody on the song — just as a songwriter, to pitch it to someone — didn't really seem all that feasible," he said. "And I was really rocking with the song, and I liked the way that I was delivering the vocals." So he finished it and released it as himself. Then he kept going, putting more creative ideas to tape in Nashville.

You can hear that momentum continuing on the playful "Hot Sauce," which Breland called "an anthem for a woman who is confident within herself and isn't going to take any nonsense from anybody." He recorded it in Nashville over some chords from producer Charlie Handsome and immediately came up with the intro melody along with the lyrics "pretty but she ain't afraid to pop off / honey with a little bit of hot sauce."

"Vocally, I was able to do a lot of different things with it, which is why I'm hitting some R&B type vocals," he said. "I'm hitting some kind of Young Thug inspired, scrappy type vocals on the main hook. And then, able to hit some of the more traditional country flow."

Breland is immensely self-aware. That doesn't always come naturally, even for someone who's done the work, as it's clear he has. But Breland's got ideas. He knows he is "a product of the internet" as well as the drive of "wanting to be a great artist." His savvy shows through when he discusses plans for put a heavy foot on the gas to help his music travel past TikTok (where it exploded with 90,000 videos) and the web in general.

"Part of what makes 'My Truck' so viral is the quirkiness of it, and so I want to keep some of that in the music," he said, "but I also want to start trending more in a direction where, even outside of just TikTok and the internet, that people in their forties and fifties can listen to some of these songs, and be like, 'Yo, this is actually just a great song. It's not like, a great TikTok song. It's just a great song.'"

In practice, that means swinging the microphone back around to his audience. For one of the songs that made his EP, a gentle, country-fried love song called "In the Woulds," he opened up a call for vocal submissions from aspiring songwriters as a way to give people "something to hope for." Breland ended up choosing two winners, Rvshvd and Haley Mae Campbell, whose contributions made it to the final song, as sung by Chase Rice and Lauren Alaina, respectively. It's a simple act that ties Breland to his roots.

"You're always asking the question, 'Would this artist say this? Could this artist sing this?' And you construct your melodies and concepts and lyrics around this idea of what you expect another artist might want to be doing," he said.

Now, Breland is writing for Breland. He's ready to reach the widest audience possible: "I could always make a bunch of songs that I like, but at the end of the day, if people don't like them, then I'm being selfish with my gift."