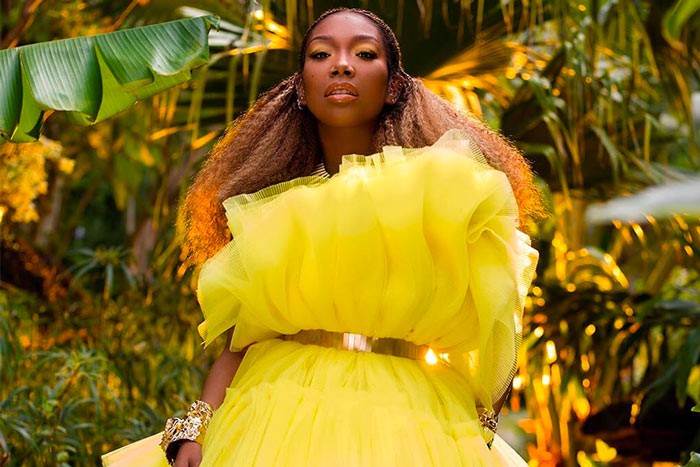 Brandy is opening up about a dark time in her life when she considered taking her own life.

Speaking with PEOPLE for this week’s cover, the R&B veteran reveals her decades-long battle with depression following her involvement in a fatal car accident.

“I was a little bit lost eight years ago musically, creatively, spiritually,” says Brandy, who recently released her new album B7. “I had to pull myself together, I had to pull it all together and make it all make sense.”

In 2006, she was involved in a car accident that claimed the life of a 38-year-old woman. Brandy wasn’t charged criminally and settled out of court with the woman’s family.

The pain became so unbearable that she contemplated suicide. “I remember laying in bed super depressed,” she says. “I [told] myself, ‘So, you’re just going to go out like this? That’s wack. You have a daughter. If you can’t do it for yourself, do it for her because this is not the way to leave a mark in her life.'”

She credits her now 18-year-old daughter Sy’rai with pulling her out of the darkness. “If Sy’rai wasn’t here, I wouldn’t be either,” she reveals. “The place that I was in, it just felt like I wasn’t going to make it through.”

After an eight-year hiatus, the singer released her seventh studio album B7 last month featuring a duet with Sy’rai called “High Heels.”

Brandy welcomed her daughter with then-boyfriend Robert Smith in 2002, but despite what was portrayed on her MTV reality show, the couple never married. “It changed people’s perspective of me,” she says, “but I had to focus on what was important, which was Sy’rai.”

Now 41, Brandy is finally feeling like herself and has a new lease on life. “I’m in a place now where I can be proud of moving in the right direction.”

In addition to new music, the former teen star is in talks for a reboot of her ’90s sitcom “Moesha.” “I’m completely open to it. I would love to experience that,” she told Rap-Up. “I just want for everyone to know that I’m open to it and I’m in discussions with the right people to make it happen.”