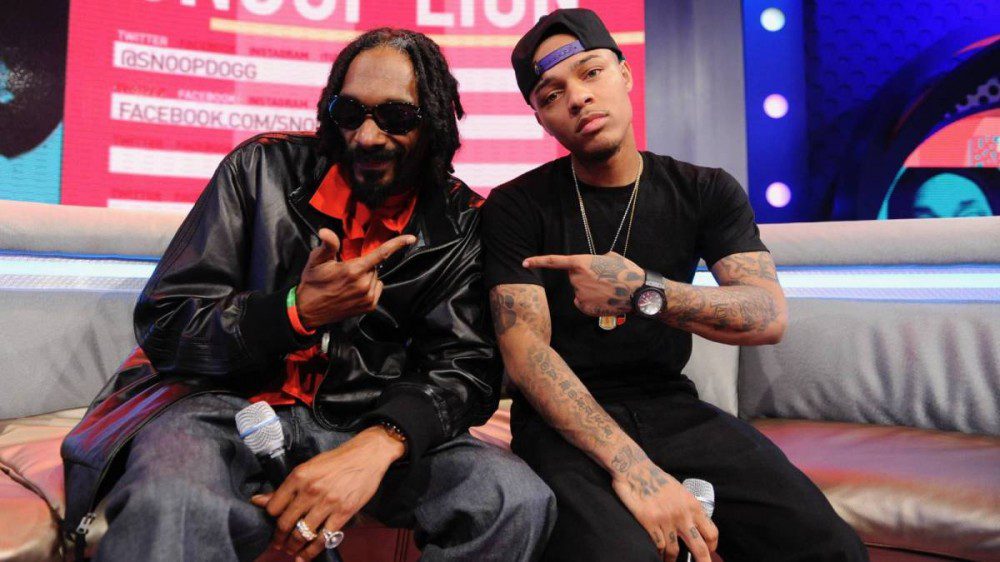 EXCLUSIVE – Bow Wow has spoken about his appearance in Snoop Dogg‘s classic “Gin & Juice” video, explaining that it was simply a matter of being in the right place, at the right time.

A six-year-old Lil Bow Wow, as he was known then, opened the video as one of three little boys jumping on Snoop’s parents’ couch. Speaking to HipHopDX in a new interview, Bow Wow said the video was shot shortly after he was discovered along Dr. Dre‘s The Chronic Tour in 1993.

“We moved to LA right after,” he explained. “And it was really them starting to implement me around Snoop and the Death Row family. And I guess once they drew up the write-up for the ‘Gin & Juice’ video, they was like, ‘Yo, we need some bad kids. Jumping on the couch.’ And they was like, ‘Well, we just found this little kid in Ohio we’re about to sign: throw him in there.’ Which was smart.”

That wasn’t his only contribution to Snoop Dogg’s multiplatinum debut project. Bow Wow revealed that he also made a cameo on the album itself.

As Bow Wow mentioned to HipHopDX in a previous interview, he truly credits Snoop Dogg with his career and it’s clear he has some regrets. Earlier this year, when asked by a fan on Twitter what he would change about his past,  Bow Wow replied: “Stayed w Snoop. And never signed w nobody else.”

The comment could be perceived as a jab at Jermaine Dupri considering Bow Wow was signed to So So Def in the late ’90s. He dropped two albums with the imprint — 2000’s Beware of the Dog and 2001’s Doggy Bag — then signed with Columbia Records for 2003’s Unleashed, the first without any assistance from Dupri. The album was certified gold by the Recording Industry Association of America (RIAA) shortly after its release, proving to Bow Wow he didn’t need Dupri to make a hit.

Twenty-eight years after his appearance in the “Gin & Juice” video, the rapper and actor is still a mainstay in the public eye. On Wednesday (October 19), Bow Wow premiered in his 11th television credit premiered as host to BET’s new reality show After Happily Ever After.

The show places eight divorced couples in a house, with one of the former partners from each relationship looking to make a new love connection, and their ex serving as their designated matchmaker.

“Each week, the matchmaking exes will each select an available suitor to move into this house for their former spouse to date,” Bow Wow explains in the first episode‘s intro. “After 48 hours, the dater must decide if they’re gonna love ’em or leave ’em.”

The former child star is no stranger to reality television or competition shows. He has been part of the main cast of Growing Up Hip Hop: Atlanta since the show’s 2017 debut. And in 2020, he finished in third place on the second season of The Masked Singer.