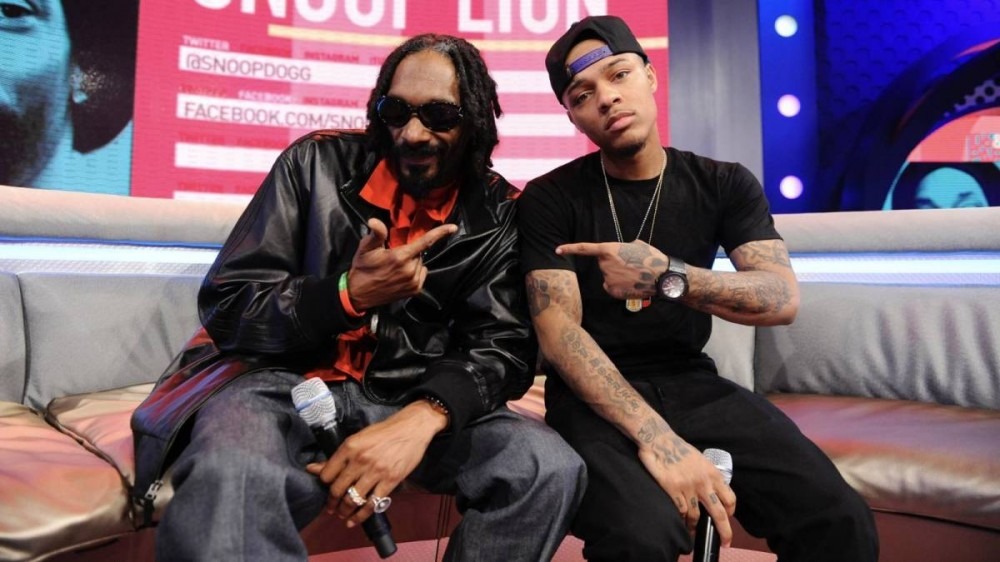 Exclusive – Bow Wow was just 13 years old when Jermaine Dupri released his debut album Beware of the Dog through his So So Def imprint. Snoop Dogg, who discovered the burgeoning young talent at a show in Los Angeles, was instrumental in getting Bow Wow in a position where his career could really take off. Over 20 years later, as Bow Wow puts the finishing touches on his final album, he and the new Death Row Records owner are still close. Their friendship and collaborative relationship has continued to flourish. In fact, Snoop Dogg just wished Bow Wow a happy birthday on March 9 as he turned 35.

“I just spoke to Dogg, two days ago on my birthday,” Bow Wow tells HipHopDX. “I was at dinner and he FaceTimed me. As he was giving me my birthday gift, he was telling me, ‘We about to do something big. I ain’t going into it right now, now ain’t the time, but we about to go ahead and do something crazy together.’ But yeah man, Snoop, I call the Dogg all the time. He’s somebody who’s responsible for my career, somebody who I would never turn my back on. Whatever he needs, he knows he can get it from me and vice versa, you know what I mean? I love him. That’s my guy. We talk all the time. All the time.”

Bow Wow has sold millions of albums throughout the course of his career. The notion he needs Dupri to make a hit record though simply isn’t true. Unleashed, his third studio album and first without assistance or production from the So So Def founder, debuted at No. 2 on the Billboard 200 in 2003 and was certified gold by the Recording Industry Association of America (RIAA) just a few months later.

In February, Bow Wow fielded a few questions from fans on Twitter and was asked when he planned on linking back up with Snoop. He wrote, “Spoke to Snoop last week. Very soon. My plan is to put my final album on Death Row and close my music career out where it began.”

Spoke to snoop last week. Very soon. My plan is to put my final album on death row and close my music career out where it began. Im tryna do the d wade and come home and close it out. https://t.co/rzQATRFRMu

It looks like Bow Wow’s wishes are being fulfilled. When asked about his forthcoming project, he revealed there was no title yet (despite rumors it was called Before 30), but it sounds like Snoop Dogg with jump in the executive producer’s role alongside Bow Wow.

“There’s a documentary coming with the album ’cause my last album’s going to be the soundtrack for the documentary,” he says. “That’s kind of what me and Snoop was talking about. It helps to get that chance to come back home and bring it in full circle. He wants to do my project. He wants to be a part of it. He wants to produce with me.

“He’s like, ‘You gotta come home. Everything in life is full circle, right? So you might as well end it at home where you started.’ I never got that opportunity. It’s time to reel it back in our own and get back on this swing. We gotta do what we got to do. I’m excited. It’s going to be an exciting year.”

“When it’s me and Snoop on FaceTime at dinner, is the equivalent to me being in front of you with a pen and a paper,” he explains. “So, it’s however you want to to do it. That’s family. We have business like that. It’s smooth, it’s easy. And the business world is tougher when you don’t have that relationship or that connection. That’s what makes it harder, so I’m just trying my best to make it easy for my guys. It’s going to be exciting. That’s my guy.”