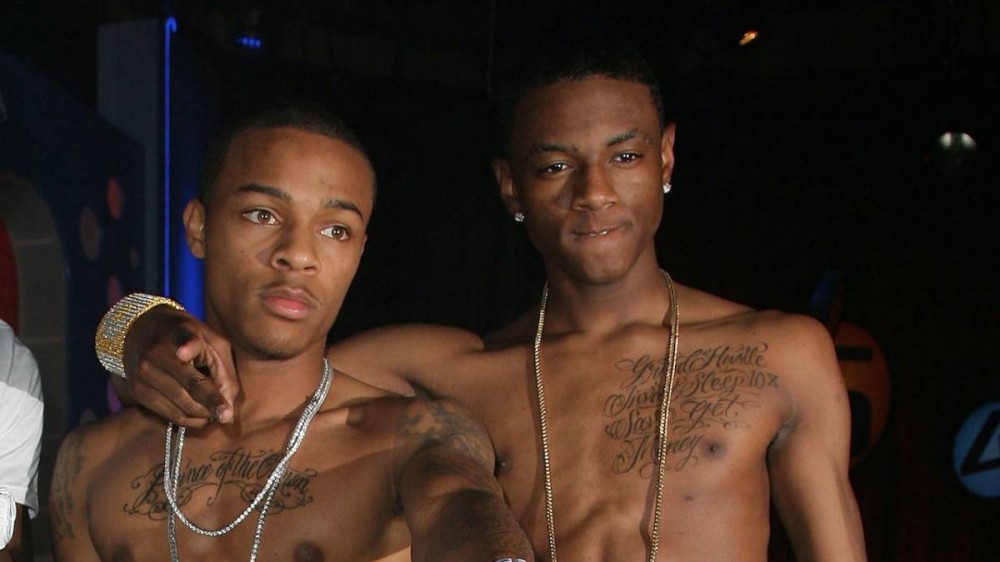 Soulja Boy and Bow Wow have one of the stronger friendships in Hip Hop and with their showdown on Verzuz right around the corner, fans get to see the two friends duke it out.

On Monday (May 24), Bow Wow took to Instagram to take an early shot at Soulja Boy ahead of their battle. In the post, Bow Wow reshared a story Soulja Boy put up of him kissing his new girlfriend which happens to also be an old flame.

“@souljaboy when you start kissing in person? You said only ova the [phone] #Verzuz #brodieonhisgrownman #friendlycompetition
#versuz,” Bow Wow wrote in the caption. “@timbaland me and @iamdjjus in rehearsals, big drako having wine night he not focused. SEE YOU SOON BROTHER.”

Big Draco responded with a set of laughing emojis signaling the war of words is all in good fun. The girl in the picture had fans wondering who she was since Soulja has been in and out of a tumultuous relationship with Nia Riley. The girl is allegedly Soulja Boy’s first love and he seems to be happy with her.

As for the upcoming Verzuz, Soulja Boy can say he’s responsible for the battle since he went on Twitter announcing the news on May 22. The showdown received its official stamp when Swizz Beatz posted Soulja’s tweet in his story.

The two rappers got on Instagram Live after Soulja’s announcement to give each other their much-deserved flowers.

“N-gga this shit gon’ be bigger than life,” Bow Wow told Soulja. “I’m happy to celebrate with you cause I was telling Tim, I don’t know nobody … they was throwing O in there, I saw a lot of Omarion, but that’s my brother. He’s an R&B singer. I’d like to see O go against Mario, me personally.”