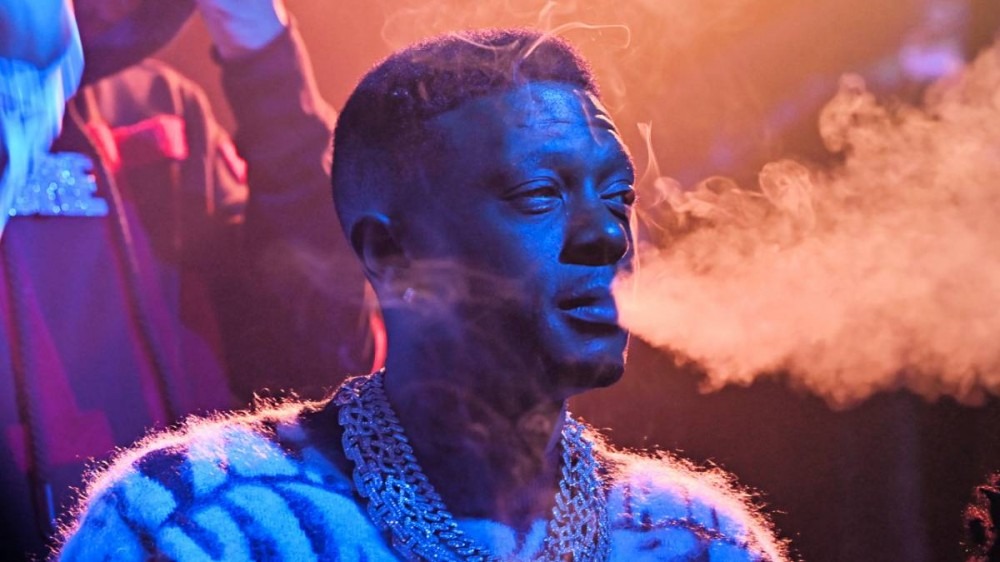 Boosie Badazz has had a rough week following his arrest for inciting a riot and destruction of property in Atlanta on Monday (October 11).

After waking up on Thursday (October 14), Boosie shared a clip on social media of him posted up on his porch smoking a strong blunt and taking a moment to reflect on what’s transpired in his life this week.

Whichever strain he was smoking on, however, appeared to be too much to handle for the 38-year-old rapper.

“This fucking weed too strong,” Boosie said while struggling to keep his eyes open and pausing to take a few deep breaths. “Let me get my ass up, man.”

The Baton Rouge rapper was booked on two misdemeanors and one felony charged related to a brawl at a Legendz of the Streetz Tour stop in Baltimore on October 1, which he’s now been removed from.

Boosie ended up turning himself in on Monday at Atlanta’s Fulton County Jail after the venue’s promoter pressed charges.

He posted bond hours later on Tuesday (October 12). In a separate Instagram post, Boosie said he plans to file a lawsuit over his Atlanta arrest and revealed he saw fellow rapper YFN Lucci during his brief stint behind bars.